For the first time since so-called Islamic State (IS) drove Christians from Iraq’s Nineveh Plain in 2014, the Christian town of Qaraqosh has celebrated Palm Sunday.

On Palm Sunday morning (25.03.18) thousands of Iraqi Christians walked through the streets of the ancient town, waving palm and olive branches. Their chorus, “King of kings and Lord of Lords. Glory! Hallelujah!” was heard throughout the entire town.

Twenty five year-old teacher, Andraws, told Open Doors about the importance of Palm Sunday to Iraqi Christians. “Today is the start of the week of Easter. And we are very excited about it. I’m glad that we can celebrate Palm Sunday again in our city. Thank God for that. Because three years ago, something like that would never happened, when we were displaced.”

Palm Sunday is traditionally a huge celebration in Qaraqosh, drawing Christians from all over the region. “You can go anywhere in the world and you’ll not find Palm Sunday celebrated like here,” Andraws said.

The march through the streets of Qaraqosh ended with an open air service in the square of Qaraqosh’s St. John’s Church. The roof of the church served as a pulpit for the church leaders who proclaimed the gospel, read the Bible and lead the crowd in worship and singing.

“Please do not lose hope. Two and a half year we were displaced and we almost lost hope to ever return here,” Andraws said. “But today, we are here again, because of Jesus; because we had hope in Him. As you can see the Christians have returned to Qaraqosh!”

Andraws and his family moved back to Qaraqosh last spring, after they rebuilt their house. When they first returned to their house everything of value was gone or completely destroyed; IS fighters had ransacked and looted the place completely. Before the IS invasion in 2014, this region was home to the largest concentration of Christians and religious minorities in Iraq.

Iraq is number 8 on the Open Doors World Watch List. Persecution comes primarily from IS – whose ideology is not dead – and other radical militants. Tens of thousands of Christians remain displaced following the IS insurgency that started in 2014. In addition, Islamic leaders, clan leaders, extended family and citizens all put pressure on Christians from a Muslim background to recant, sometimes using torture or physical attack. Converts risk harassment or discrimination at check-points, universities, work places and government buildings; they may also lose jobs, inheritance rights, or the ability to marry. 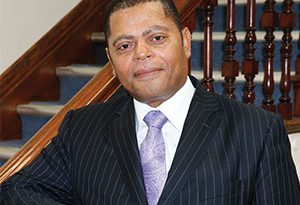