Health bosses have been told to improve equality and diversity in the county’s hospital workforce, according to the health watchdog.

Following a recent review into the leadership at Oxford University Hospitals NHS Foundation Trust (OUH), the Care Quality Commission (CQC) found black and ethnic minority workers were more likely to endure bullying and harassment in the workplace and were less likely to be promoted than their white colleagues.

The CQC also noted a lack of diversity at board level, which was ‘not reflective of the ethnically diverse communities served by the trust or the staff who worked for the trust’.

According to the report released last week, the trust had acknowledged the issue and said it had put measures in place to improve the situation.According to the CQC report, the trust’s own figures showed that white applicants were 1.7 times more likely to be appointed from shortlisting than black and minority ethnic (BAME) applicants.

There was an increase in bullying and harassment from colleague’s reported by BAME staff, with 25.97 per cent having experienced this in the workplace, compared with 20 per cent for 2016.

White staff reported lower levels of bullying from staff at 21.07 per cent – lower than it was in 2016.

Recommending actions to be taken by the trust, the CQC said:”The trust should ensure equality and diversity are consistently promoted and any work force inequality identified and appropriate action taken in a timely manner.”

In an effort to tackle the issue, the trust said it had created a new role last autumn, a ‘Freedom to Speak up Guardian’, to encourage and help staff to raise concerns.

The trust also said it was currently looking to recruit a non-executive board member to improve the diversity on the board.

Leadership at the Trust was one of three areas inspected by the CQC in November last year.

The other areas inspected were maternity services at the John Radcliffe Hospital, and the Oxford Centre for Enablement at the Nuffield Orthopaedic Centre.

Head of hospital inspection for the south central and west, Mary Cridge, said the trust was led by an ‘experienced leadership team with the skills, abilities and commitment to provide high-quality services’.

However she said many of the improvements were new in formation making it too early to judge their impact.

KTF REWIND: Addressing the issue of spiritual abuse in the Church 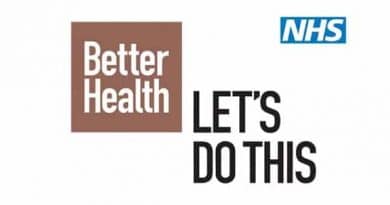