The group topped the ballot of 12 nationwide societies, winning recognition for “doing the most to support BAME communities at uni”

The Society topped the ballot with 295 votes, beating 12 other UK university groups. ACS’ award, given in partnership with Bloomberg, recognises groups “doing the most to support BAME communities at uni.”

The Society said on its Facebook page: “We’re delighted to announce that your ACS has won its first national award!!…Thank you to everyone who voted for us.”

ACS was the only Oxford society to be recognised in any category at the Awards.

ACS vice president, Josh Tulloch, told Cherwell: “It’s a great honour to be recognised for our tireless efforts to maintain and expand the space for Afro-Caribbean students at Oxford on such a prestigious national level.

“Going forward, we aim to take our pioneering, grassroots approach to access and outreach to thousands more students across the country.”

Earlier this academic year, ACS invited Stormzy, their person of the year, to attend. The purpose of this conference is “to demystify the Oxford application process for students and teachers”, while also raising “the academic aspirations of able students.”

A spokesperson for the University of Oxford told Cherwell: “The University warmly congratulates the African Caribbean Society on its well-deserved success.

“Together ACS members promote and celebrate African and Caribbean culture with fantastic energy and creativity. They are also constructive critics, extraordinarily good partners and exemplary ambassadors in the collegiate University’s vital outreach activities.

“The ACS acts upon a deep commitment to helping the next generation of African Caribbean students, and in recent years the society’s advocacy, polished organisation and impact has been superb.

“Oxford is a diverse university and this diversity underpins its success– but we know we have more to do to ensure that Oxford is fully inclusive and reflects wider society.

“We strive to support and are working to see more black students gaining places here. We will not stand still.”

Awards are also given to groups which have particularly contributed towards achieving greater gender, disability and LGBTQ+ equality respectively at UK universities.

The winner of the gender category was Birmingham University’s Conservative group, while Sussex’s DragSoc was voted as doing the most to support the LGBTQ+ community. Birmingham’s Monday Night Club topped the category for groups supporting the disabled community.

Societies featured in the awards will visit Bloomberg’s HQ for mentoring and for training sessions through Bloomberg’s diversity and inclusion communities. They will also be profiled by The Tab.

Oxford ACS’ recognition follows several recent cases which highlight the need for work to be done in improving Oxford as an accessible and inclusive environment for BME students.

In October last year, David Lammy MP accused Oxford of “social apartheid” after figures were released showing that ten out of 32 colleges failed to admit any black A-level students in 2015.

Domestic violence: Hundreds of domestic abuse calls made at Christmas 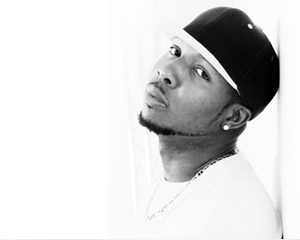