It says the placements will give recent graduates the chance to ‘learn new skills in the heritage sector while receiving a training bursary of £300-350 per week’.

But the placements drew heavy criticism on Twitter, with some expressing disappointment and others threatening to cancel their memberships to participating organisations.

Peter Istrate wrote: “I’m a minority immigrant, and I still believe this is racist. I came to this country hoping that people of all races, backgrounds, etc. will be treated equally. I’m very disappointed to find out they’re not.”

Iena Touqan wrote: “I have cancelled my membership due to your discriminatory policy on recruitment,” while Scottm295 wrote: “Disgraceful. I am all for encouraging BAMEs but excluding whites altogether is just outright racist.”

The move aims to give Swindon-based Historic England a staff make-up more reflective of the wider population.

In March 2016 a government white paper challenged the organisation to have a workforce which better represented the ethnic diversity of the UK.

In 2016/17 only 4.3 per cent of its workforce described themselves as black, Asian or minority ethnic (BAME).

A spokesperson for Historic England said: “The initiative is part of a suite of training and employment initiatives that we are working on to attract people from all backgrounds. These include apprenticeships and post-graduate training. The Heritage Training Places scheme is the one that is specifically aimed at people of BAME heritage.”

Sandra Stancliffe, head of education and inclusion at Historic England, added: “Many participants on last year’s scheme were surprised at the enormous rage of jobs people do in Historic England – everything from creating artist’s impressions of archaeological sites to researching funding opportunities and advising local people how look after their buildings.” 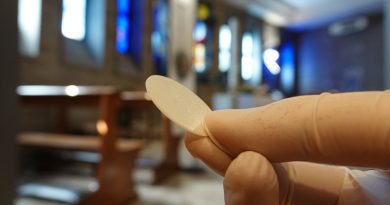