London, United Kingdom – 14 April, 2018 — The report ‘Creating an effective coalition to achieve SDG8.7,’ is addressed to the 53 Commonwealth Heads of Government, including Cyril Ramaphosa, Theresa May, Nahendra Modi, Justin Trudeau, and Malcolm Turnbull coming together for the Commonwealth Summit in London from 16th – 20th April.

Speaking at the launch Nobel Laureate Kailash Satyarthi issued an impassioned rallying-cry to Commonwealth leaders stating ‘the denial of the right to dream is the biggest possible human rights abuse!’

Urmila Bhoola, UN rapporteur on Contemporary Forms of Slavery called for action at CHOGM saying that action by Commonwealth Heads of Government was the ‘expectation of citizens throughout the Commonwealth’ and called CHOGM 2018 ‘an important opportunity for the Commonwealth to make history as a leading body in the anti-slavery movement.’

The Summit, hosted by Her Majesty the Queen at Buckingham Palace and Winsor Castle, brings together 53 Heads of Government, business leaders, and civil society.

What better legacy could next week’s Commonwealth Summit leave than serious and lasting action against slavery?”

CHRI is an independent, non-governmental, non-profit organisation. For 30 years, CHRI has worked for the practical realisation of human rights across the Commonwealth. It is accredited to the Commonwealth Secretariat, has special consultative status with the UN Economic and Social Council, and observer status at the Commonwealth Forum of National Human Rights Institutions.

The launch was held at the National Liberal Club, London at 17:30 on Friday 13th April.

The report was published by the Commonwealth Human Rights Initiative (CHRI), and can be downloaded from http://www.humanrightsinitiative.org/content/sdg87

Manchester attack: 22 dead and 59 injured in suicide attack at the Manchester arena 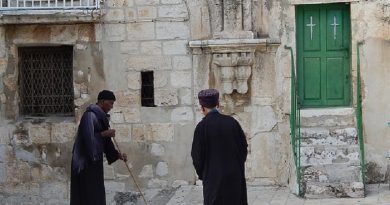