Ghassan Ward, the priest at the Greek Orthodox Church in Aleppo, has chosen to stay and continue to serve his community with support from Open Doors, despite losing friends and family to kidnappings and bombings during the war.

Ghassan told Open Doors, “My bishop was kidnapped in April 2013, my church was destroyed, and my house was bombed. My two sons left the country, my wife died of cancer and I lost two of my close family members because of the bombings.”

He said, “Many of my parish were rich before, now they are poor. They have no work, no income and all the savings are spent during the years of war. The role of the church is not only having the services – we welcome the people and we try to help solve their problems. God gave us the love. It’s not easy to do this, many of our young generation are out of Syria or are in the army. The needs of the people are very big; we’re trying to meet their needs. It’s God mercy that I stayed, that we stayed.”

Samoouh Fareza Forat and her daughter Nima have received food and money through Ghassan’s church. Samoouh said, “We came four months ago from Hama. We’re now living as displaced persons in Aleppo. Hama became too dangerous for us with the daily bombardments. This help is so important for us, without such support we could not live. The church has helped us a lot, they gave us furniture, beds, blankets. God has saved us during these seven years of war, God gave us help through the church.”

Rezk (70) was displaced from his village in the Latakia area in 2012 because of heavy fighting. He and his wife fled to Aleppo, and are also supported by Ghassan’s church. Rezk said, “Thanks to God, my wife and I survived. We live from my retirement salary of about 60 dollars, plus the help we get from (the church). We went through very hard times here in Aleppo, especially when the city was besieged. At that time we only had one meal a day, one day rice, the other spaghetti.”

The churches in Aleppo are working together to support displaced families who have been left with nothing. Elias, who organises the relief efforts of Ghassan’s church, said, “Together with all committees of the churches and organisations we check all the data of the people registered to prevent families or people receiving support from more than one church. All bishops and protestant church leaders are cooperating in this. We work with about 60 volunteers and 12 employees. On days with a big distribution we have a team of about 100 persons.”

Ghassan explains, “We help also non-Christians. They are our neighbours, we live with them, and we cannot neglect a person who is hungry. When we give them a loaf of bread, the love of Christ is written on it.”

Open Doors has launched a crisis appeal to enable vital work such as this to continue as the crisis in Syria escalates. Working with church partners such as Ghassan, Open Doors provides vital food aid for thousands of families in Syria every month, alongside long-term project including rebuilding homes, creating jobs and providing trauma care. Syria is number 15 on the Open Doors 2018 World Watch List.

Why this year’s Black History Month is pivotal 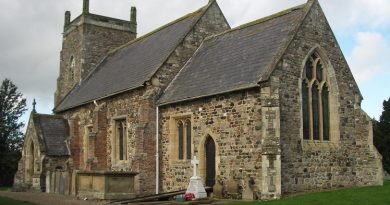