Dance-pop musician RAYE says a London restaurant refused entry to her black friend because of his clothes – moments after letting a white pal into the venue in a similar outfit.

The 20-year-old British singer posted a video to Twitter of her attempt to enter The Ivy Chelsea Garden, which has since been shared thousands of times. The venue denies any racist intent and insists it was simply enforcing a dress code.

Speaking to The Independent, RAYE said her white friend – a woman – walked into the restaurant wearing sports gear and trainers without any issue.

But when her black friend tried to enter wearing a similar outfit, he was refused. She said: “I challenged them on this because to me this is blatant racism.”​

She added: “I checked on the Ivy’s website and it says there is ‘no dress code’. Why would they let in a white person, but stop a black man dressed the same? This type of behaviour needs to be called out and spoken up about.”

RAYE explained that she filmed the incident because she was “angry and disappointed.”

“It is heartbreaking that this is still happening in my city,” she concluded.

The Ivy responded to RAYE’s racism claims maintaining that it was simply enforcing their dress code policy.

Following RAYE’s post, Kwabs tweeted a request for The Ivy to explain their perspective.

The British singer said, “Yo @IvyChelsGarden, at this point you ought to give out some sort of public response to Raye that explains your position undismissively, so that those of us who have the privilege of being able to afford to eat in your establishment can decide whether to go elsewhere.”

A spokesperson for The Ivy issued a statement on Instagram saying, “There was a situation yesterday during which a gentleman was refused entry because he was wearing non-smart casual clothing. Unfortunately, a mistake had been made and another member of his party had earlier been allowed in wearing similar clothing. The dress code for our restaurant is smart casual. We are sorry that this was not made clear on our website and other channels and this ambiguity has now been rectified.”

They added: “The Ivy Chelsea Garden takes all allegations of racism extremely seriously and we will make sure that our dress code is explained to all guests so that this confusion does not happen again.” 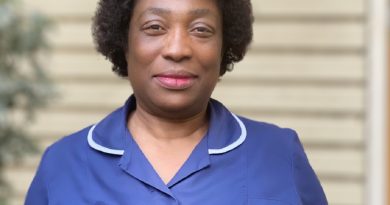 We are the NHS campaign