A UNITED NATIONS special envoy has been sent to Britain to probe whether or not the country has become more racist due to Brexit.

Tendayi Achiume is on a 12-day tour of the UK to investigate whether or not the British public’s vote to leave the European Union in June 2016 has “exacerbated discrimination.”

But her visit has already been blasted by former Tory Work and Pensions Secretary Iain Duncan Smith who branded it “pointless.”

He said: “These visits are completely pointless. They are politically motivated, they are inspired by the extreme Left, and the idea is to kick the UK.”

“The Foreign Office always allows these people in, but whatever she produces it will be fit only for the waste bin. I hope her report is brief – it’ll make it easier to dispose of.”

But, earlier this year, Liberal Democrat leader Vince Cable got into hot water after he implied that Brexit supporters were indeed racist.

He told the Liberal Democrat conference in Southport: “I know it’s uncomfortable but the simple truth of the matter is the older generation – my generation – the majority voted Brexit, whereas for the younger generation – I’m talking under 25, but indeed a wider group, voted to remain.

“Too many were driven by a nostalgia for a world where passports were blue, faces were white, and the map was coloured imperial pink.”

Ms Achiume’s probe will look at “Xenophobic discrimination and intolerance aimed at refugees, migrants and even British racial, religious and ethnic minorities.”

Her visit comes amid the “Windrush scandal” in which the Government’s underhand treatment of Caribbean migrants they tried to deport was laid bare.

The Windrush scandal also triggered the resignation of former Home Secretary Amber Rudd, as many of the Caribbean people were given ‘indefinite right to stay’ in their British passports from the 1940s onwards.

The UN visit also follows the commemoration of the 25th anniversary of the racist murder of black teenager Stephen Lawrence by a gang of thugs in south-east London in April 1993.

The UN special envoy stated that her visit to Britain will tear apart “discrimination in the administration of justice and policing, counter-terrorism, and obstacles to full enjoyment of economic, social and political rights.”

The UN has already produced a report that said a “disproportionate number” of black people and other ethnic groups die in police custody in Britain.

A panel of Human rights experts ruled: “The deaths reinforce the experiences of structural racism, over-policing and criminalisation of people of African descent and other minorities in the UK.

”Earlier this year, another UN rapporteur who visited the UK concluded that the country had a “troubling” attitude towards social housing policies.

Leilani Farha, a Canadian, suggested that the Grenfell Tower disaster, in which 71 people died, on June 14, 2017, in a massive fire, was an indication that human rights laws had been broken.

She suggested that little care had been taken to protect its residents, many of whom were from different ethnic backgrounds. 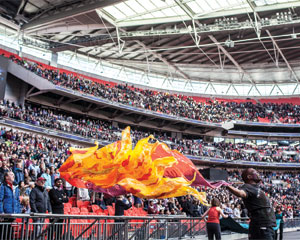 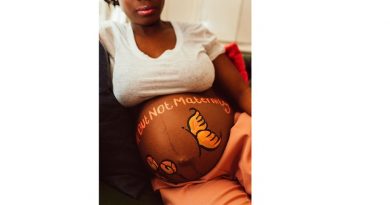