Brother Andrew, the founder of Open Doors, turns 90 on Friday (11 May). Brother Andrew has travelled to more than 125 countries in his life’s work to support persecuted Christians.

Brother Andrew earned the nickname God’s Smuggler after he made series of clandestine Bible deliveries behind the iron curtain during the cold war. He narrowly escaped imprisonment many times and had many miraculous near misses with the authorities. He has attended private meetings with the leaders of fundamentalist groups, risking his life to advocate on behalf of persecuted Christians in the Middle East.

Brother Andrew often says, “Our very mission is called ‘Open Doors’ because we believe that all doors are open, anytime and anywhere. I literally believe that every door is open to go in and proclaim Christ, as long as you are willing to go and are not worried about coming back.”

Born in 1928 in the Netherlands, Brother Andrew grew up looking for adventure. He said he wanted to find a ‘life that broke out of the mould’. So, aged 18, he joined the Dutch army to help put down the rebellion in the Dutch East Indies, now Indonesia. His mother packed him off with a Bible, which he stuffed in the bottom of his duffle bag and forgot about.

One morning his platoon was ambushed and a bullet went straight through Brother Andrew’s right ankle. “My greatest adventure had failed,” he said. “Worse, I was twenty years old and I had discovered that there was no real adventure in the world.” It was during his stay at a rehabilitation hospital that Brother Andrew, restless and dejected, picked up the Bible his mother gave him and opened it for the first time. Four years later Brother Andrew was a Christian, his ankle was miraculously healed and he had decided he was going to become a missionary.

After three years training at Worldwide Evangelism Crusade (WEC) in Glasgow, Brother Andrew left on his first adventure – the trip that started Open Doors. He took a train from Amsterdam to Warsaw, his suitcase bursting with Christian tracts in a variety of languages, to give out behind the iron curtain.

Before crossing the border Brother Andrew prayed “When you were on earth you made blind eyes see. Now I pray you make seeing eyes blind.” The prayer ‘make seeing eyes blind’ went on to be recited before every border crossing and is still prayed by Open Doors staff today. Despite never having very sophisticated methods of hiding the banned books Brother Andrew was never caught.

Over the following years he visited Czechoslovakia, Yugoslavia, Hungary, East Germany, Bulgaria, Rumania and Russia. Driving his now famous bright blue Volkswagen Beetle across Europe, he smuggled hundreds of illegal Bibles across borders to encourage and strengthen the church whose access to Bibles and right to religious expression were being squeezed by the authorities. In each country Brother Andrew heard what he had first heard in Poland – that the church felt isolated and alone and that his presence there meant everything to them.

Bible smuggling reached an apex in June 1981 when a crew of 20 Open Doors staff nosed a custom-built barge onto the China coastline under the cover of darkness. They floated one million Bibles, in 232 packages, each weighing a ton, to a small, silent army of waiting Chinese Christians, who spirited them into the country.

After the fall of Communism, Brother Andrew turned his attention to the growing Islamist violence toward Christians across the Middle East, Persian Gulf, northern Africa and Southeast Asia, preaching against retaliation. Pastor Hanna Massad, pastor at Gaza Baptist church, said, “When Gaza was under siege and many were leaving to escape the danger, we found Brother Andrew in our midst seeking to encourage the persecuted church in Gaza. When no Christians were willing to speak to the leaders of Hamas in Gaza, Brother Andrew was the first person to do this without compromising his faith. He gained the right to speak to them because of his genuine care and love for all people.”

In 1967 Brother Andrew released his first book, God’s Smuggler, which detailed his time behind the iron curtain. It quickly became a best seller with over 10 million copies distributed worldwide.

Building on the legacy that Brother Andrew started, Open Doors now has over 1,400 employees in 60 countries and raises $70 million each year to serve the persecuted church. Last year 2,512,000 Bibles and Christian resources were distributed as well as food, medicines, trauma care, legal assistance, safe houses and schools, together with spiritual support through training and resources. Open Doors advocates for freedom of belief and campaigns to bring the persecution of Christians to the attention of wider society. 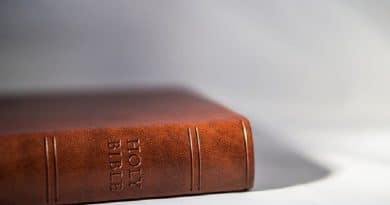