The Mayor of London, Sadiq Khan, has launched a new initiative to help tackle the unemployment levels of young black men in London.

Initially focused on supporting young black men into employment in the construction and digital sectors, over time this new approach will offer additional support to Londoners from a range of backgrounds.

Black men aged 16-24 are among some of the most likely to be unemployed in the capital  – 32 per cent compared to 14 per cent for young white men1. The Mayor’s Workforce Integration Network aims to address under-representation in London’s workforce.

Starting with a focus on young black men, this approach will ensure that young people who face additional barriers to employment – regardless of their background – are given the support they need. In addition, this new scheme will help London’s businesses to better make the most of the talented young workforce in London.

The Mayor’s new approach will go beyond the traditional methods of supporting young people into employment. Rather than just focusing on ‘skilling up’ young black men, today the Mayor is calling on businesses to attract and retain the brightest talent from all backgrounds, and to ensure they are actively addressing any current gaps in their workforce.

City Hall will  work with employers and partner organisations, such as Moving On Up – a partnership between The Trust for London, City Bridge Trust, and the Black Training and Enterprise Group (BTEG) – to remove barriers and support more young black men into the construction and digital sectors.

Sadiq launched his Workforce Integration Network today at Tideway, in Southwark – the organisation responsible for delivering the Thames Tideway Tunnel, a major new infrastructure project upgrading the capital’s sewerage system. Employing more than 400 construction professionals, Tideway is one of the businesses working with City Hall to positively tackle the issue of underrepresentation and improve its recruitment rates.

Today’s announcement came as the Mayor published his equality, diversity and inclusion strategy, Inclusive London, which aims to achieve greater equality and fairness for all Londoners.

The Mayor of London, Sadiq Khan, said: “London is the greatest city in the world, but too often we still see huge inequalities as a result of race and economic background. I am proud today to launch the Workforce Integration Network which will take important steps to help tackle the systemic bias which leaves too many talented young black men missing out on the opportunities London offers.

“It is clear that existing methods of supporting young black men into employment are not going far enough. We need to be bolder and work together with employers to ensure all Londoners are able to access jobs, reach their potential and unlock their talent.”

Matthew Ryder, QC, Deputy Mayor for Social Integration, Social Mobility and Community Engagement, said: “There is a wealth of opportunity for young Londoners to thrive in the construction and digital sectors in London. But it is vital that all Londoners have access to those opportunities. Our evidence  suggests that there is a particular need to focus attention on helping young black men into employment and ensuring they are not locked out of these great opportunities. However, we want to make sure that as this programme develops we are extending its reach to other groups who need similar support. This is not only about training and increasing skills for young people, we need employers to transform their approach to recruitment and in-work support. We need to build a network that can inspire and encourage young Londoners to seek out the opportunities that our city can offer.

“Right at the heart of our approach to social integration is tackling the inequalities that prevent people from building meaningful connections. People meet and form relationships at work, and if some groups are excluded we miss an important opportunity for social integration and hold people back from playing a full and active role in the life of our city.”

Andy Mitchell, CEO, Tideway, said: “As an industry, we must reduce barriers that affect certain groups and inequalities that affect all Londoners. And those of who work in construction and engineering, know that those barriers can be very real. For our city to grow and its businesses to succeed, we need to have access to the best talent across the capital. This is why I am delighted that Tideway, as a major London employer committed to championing this issue, will be joining the Mayor’s network.”

Basil Nkomo, Tideway’s Digital Media Lead, said: “After graduating from university, I found it very hard securing my first full-time job. Most of the interviews I attended, I was often the only black male candidate, especially for graduate roles in the digital sector. It was during this time in my life where I experienced and realised that there were employment barriers.  To overcome this, I had to reinforce and reassure myself that the barrier was not a reflection of my qualifications, skills and ability – most importantly, not a problem with me as a person nor my ethnicity. As someone who has both been at the both ends of mentoring, I believe that schemes that encourage industry to engage more with the BAME community is not only vital but will ultimately benefit the industry.”

Sioned Churchill, Trust for London said: “Many talented young people are missing out on employment opportunities in the capital. This is particularly the case for young black men, who are more than twice as likely to be unemployed than their peer groups. We think this is unacceptable and that’s why we are doing our bit by working in partnership with the Mayor and the GLA to fund work to tackle the issue.

“Learning from our Moving on Up Initiative, we know that young black men face more barriers to employment than most other groups and this programme will help to overcome those. We want to be a bridge between talented young people and employers, who can benefit from having a diverse workforce, especially as many businesses are struggling to fill almost 1 in 4 vacancies.”

Church purchases $5 million in medical debt to wipe it out 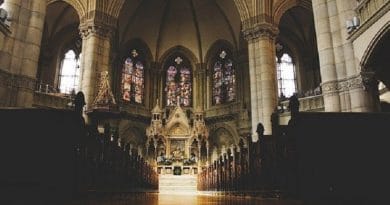