Dr Punam Krishan said white colleagues are less likely to have complaints against them investigated and upheld by health watchdogs.

A GP has claimed black and ethnic minority doctors have their careers hampered by racism within the NHS.

Dr Punam Krishan said white colleagues are less likely to have complaints against them investigated and upheld by health watchdogs.

The 34-year-old, who is also a lecturer at Glasgow University, believes many of her peers face disciplinary action by the General Medical Council (GMC) because they have a foreign-sounding name.

She also said black doctors have less chance of promotion than Caucasian counterparts.

Glasgow-born Krishan, whose parents are from India, claimed she has been on the receiving end of racism from patients – but said bigotry within the health service is more serious.

She said: “The coloured doctor, as I have sometimes been referred to, however demeaning, does not compare to the level of fear institutional racism generates within us.

“It is not right to refer to a doctor by the colour of her skin when she has a name.

“If something goes wrong, am I more likely to get into trouble purely because my name reads as Asian on a piece of paper?

“This is the huge fear among doctors of colour across Britain at the moment. There can be
discrimination because the doctor has a foreign-sounding name.”

A third of all doctors in the UK are from ethnic minorities. Earlier this year, a GMC report revealed health care professionals from an ethnic background were more likely to be subject to disciplinary proceedings than white colleagues.

Between 2010 and 2016, the regulator probed complaints against 8.8 per cent of white doctors compared to 10.2 per cent against non-whites.

Krishan said the case of Dr Hadiza Bawa-Garba – convicted of manslaughter and struck off  after the death of six-year-old Jack Adcock – had rattled doctors of ethnic origin.

Bawa-Garba was given a two-year suspended jail sentence following the tragedy. Colleagues blamed understaffing at Leicester Children’s Hospital for the youngster’s death.

More than £366,000 has been raised for lawyers to challenge the GMC’s decision to revoke her licence.

Krishan said: “I believe that had Dr Bawa-Garba been white, she would have been treated
differently. The entire case was appalling.”

She added: “Organisations like the GMC are not representative of the medical profession and need to have more young people and people from ethnic minorities.

“It is time for drastic measures to be put in place to deal with all types of racism in the NHS,
particularly institutional racism.”

Health Secretary Shona Robison said: “Racism of any form is completely unacceptable and I would expect any complaint of racism in the NHS to be thoroughly investigated and addressed.”

GMC chief executive Charlie Massey added: “We do know that there is an over-representation of black and ethnic minority doctors that have been complained about and we want to know more about what is driving this.” 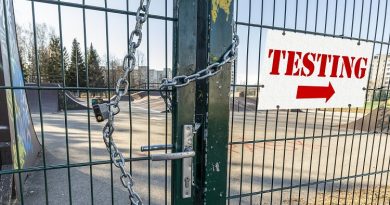 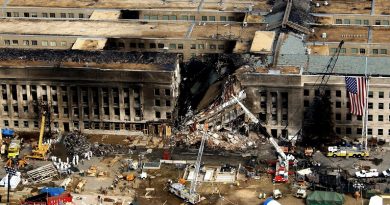