As Ramadan begins (on the night of 15 May), the charity Open Doors reports that this is a period when many Muslims experience the Christian faith for the first time. The charity is encouraging Christians to pray for the Muslim world during Ramadan using the prayer guide 30 days of prayer for the Muslim world. The following stories of Ramadan conversions show how God is at work:

Roman* from Kazakhstan: ‘For the first time I heard about a God who loved me’

The church service started, but Roman couldn’t force himself to stand up and cause a scene. The words that were spoken touched him. “For the first time I heard about a God who loved me. I never knew that the almighty God loved me even though I am not perfect. That thought seriously never entered my mind. I always felt guilty. I felt that I had to earn His attention.”

The words about love, mercy and forgiveness touched his heart. He found himself crying and praying to Jesus, and as he prayed he found that as he was filled with joy.

Hadija* from Turkmenistan: ‘I pray in the name of Jesus every day’

Hadija* is a health care professional in her village. Her husband is a devout Muslim, and forces Hadja to strictly observe Ramadan, fasting and praying five times a day. In his mind, he will earn more favour in the eyes of Allah of if he can teach his wife ‘how to be a good Muslim’.

One year, during Ramadan, Hadija’s Christian friend came to visit and shared about Jesus. Hadija learned from her friend that she could pray any time in Jesus’ name and God would hear and answer. “That was such an amazing revelation,” Hadija said. “That my great God and creator could speak to me! It touched me so deeply.”

However, she said, “My husband would kill me if I converted.” So when the next time of prayer for Ramadan came, she spread her prayer mat and kneeled. But she felt that she couldn’t pray like she did before. Hadija took the Injil (the New Testament in the Turkmen language) and started to read.

Suddenly, her husband came in, and she hid the book in her long dress. She pretended to be saying Muslim prayers, but when he went out she prayed in the name of Isa Massih (the name of Jesus in Arabic). “Now I pray in the name of Jesus every day. I disliked the Muslim prayers as they were always something I was forced to do. Now I like praying so much and do it any time and everywhere. It heals my heart and fills me with love for other people.”

Fatima from Chechnya: ‘I felt peace and joy’

“My name is Fatima. I am from a Muslim family. I was Muslim too until 2017. My friend Indira came to see me during Ramadan and told me about Jesus. I was in a terrible depression, felt fear and couldn’t sleep normally because of nightmares for over five years. Muslim prayers didn’t help me.

“After my friend had spoken to me, she invited me to come to a Christian meeting. For several weeks I refused to go to the secret home group. I consider myself Muslim and was afraid that it would be betrayal of Islam to meet Christians, especially during the pure and holy month of Ramadan.

“But I couldn’t deal with my condition any longer and decided to go. Everything I heard in that meeting touched my heart, but I refused to accept Jesus as I didn’t want to be guilty in leaving Islam.

“After two weeks I realised that my faith couldn’t help me. I went again to the home group and accepted Jesus into my heart and asked Him to heal me and my life. It was a strange experience for me. I expected to feel guilty about betraying Islam, but there was no guilt. When I came home I felt peace and joy. That night I slept so well – no nightmares, no fears, and no bad thoughts.

“And I couldn’t stop thinking: ‘What if my friend Indira had not visited me that Ramadan month when I was in such a critical condition?’ Now I pray for my parents to accept Jesus. I know that it is possible for Him to touch their hearts even though they are Muslims.”

Open Doors provides immediate aid to Central Asian believers when they are placed in prison, excluded them from families and communities, and deprived of livelihood and employment because of their faith in Christ. We also strengthen the persecuted church in Central Asia through literature distribution, training, women’s ministry, income-generating projects and relief ministry. 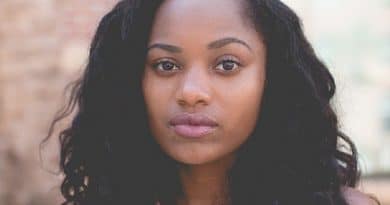 BAME voices need to be heard to shape women’s healthcare 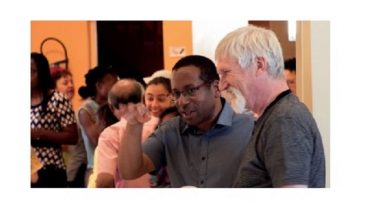 One thought on “Muslims are meeting Jesus during Ramadan, says Open Doors”