Ariana Grande has tweeted “thinking of you all” ahead of a day of remembrance to mark the first anniversary of the Manchester Arena attack.

Twenty-two people were killed and hundreds injured when a bomb was detonated at the end of one of her concerts on 22 May 2017.

Events include a service at Manchester Cathedral at 14:00 BST and a sing-along vigil.

There will also be a national minute’s silence at 14:30.

Grande, who staged the One Love concert in Manchester less than two weeks after the terror attack, said on Twitter: “I love you with all of me and am sending you all of the light and warmth I have to offer on this challenging day.”

As the day unfolds people involved on the night have been giving their reaction to the anniversary.

Adam Lawler, 16, went to the concert with his friend Olivia Campbell-Hardy, who died in suicide bomber Salman Abedi’s attack.

He was hit by shrapnel and suffered multiple injuries.

“If I could go back in time, I would change everything. But I can’t, so what I’m going to do is I’m going to try and live my best life.

“We won’t be beaten because we’re Manchester.”

Dan Hett, whose brother of Martyn died in the attack, told the BBC the support he has received in the past 12 months has been “overwhelming”.

He said he has been picked up off his feet and hugged by everyone from an “old lady in a supermarket to a six-foot biker”.

Mr Hett, who is going to the service at Manchester Cathedral, said it “illustrates the support has come from every possible corner of Manchester”.

He has tweeted a photograph of him with his brother, which is trending on social media along with #BeMoreMartyn. 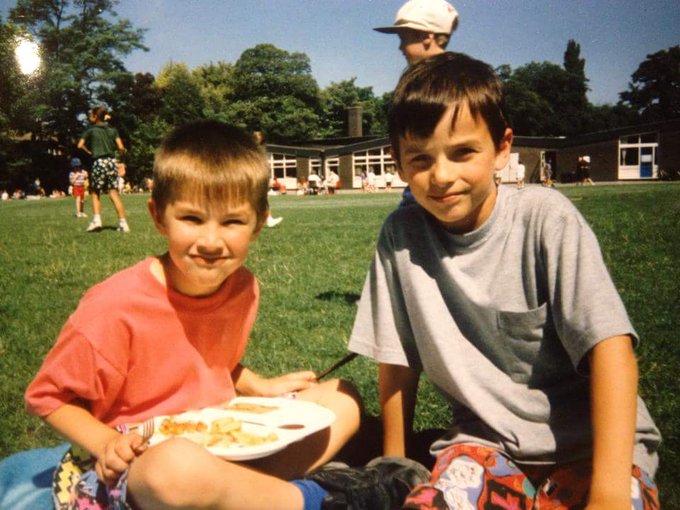 Ella McGovern, 15, of Rossendale, Lancashire, suffered shrapnel wounds to her legs in the blast. She has since climbed Ben Nevis and a completed 10k run.

Her mother Louise McGovern said the anniversary would be “extremely emotional”.

“I’m looking forward to being with everyone in Manchester – I think that will be very nice and positive.

“But I think I’m going to pack a few tissues.”

Greater Manchester mayor Andy Burnham tweeted his support for everyone affected by the explosion.

“Today we come together, we remember each of the 22 people whose lives were taken.”

Dan Smith, the second paramedic to arrive at the scene of the attack, said it was going to be a “difficult day”, adding: “This date will never be the same again.”

He said he got on with his job on the night of the attack and only realised the impact of the “massive attack” when he went home and saw it on TV.

Mr Smith said he did not want to dwell on the “devastation” or know anything about the man responsible for the attack, but focus on the “positives” from that night of how many lives were saved and the amazing response from the Manchester community and beyond.

People have been using social media to remember and mark the day.

Laura said on Twitter: “This time last year I couldn’t sleep because I had just bought tickets for Ariana and booked my hotel in Manchester. Tonight, I can’t sleep because of the memories.”

Bradley tweeted about “meeting my best friend and seeing Ariana Grande” and how it was “amazingly fun but a very sad ending”.

“I am still so heart broken and still so shocked.”

How can people watch the events?

You can view special “Manchester Arena: One Year On” programmes live on the BBC news channel or via the BBC News website at these times:

13:45 BST to 15:15 BST: Special coverage of the National Service of Commemoration, on the first anniversary of the Manchester Arena attack, including a minute’s silence at 14:30 BST.

19:00 BST to 21:00 BST: Special coverage of the “Manchester Together” commemoration event.