Jameela Jamil has said she was told she was “too old, too ethnic and too fat” to launch a career in the US.

The former BBC Radio 1 presenter landed a part in sitcom The Good Place in her first audition, despite being “actively discouraged” from moving to Hollywood by some in the UK.

The 32-year-old said she moved to Los Angeles without a job or even a plan.

“I was literally starting again and I was actively discouraged by everyone in England,” she told BBC Radio 5 live‘s Anna Foster.

“Everyone said I was being mad, throwing away an eight-year career, and that I was too old – I was only 29 – too ethnic, and too fat to come over to Los Angeles.”

She admitted she exaggerated her acting experience to win a role in The Good Place alongside Ted Danson and Kristen Bell.

“I lied in my audition. I said I’d mostly done theatre because it’s harder to track down,” Jamil explained.

“Technically it’s not a lie because when I was six I played Oliver’s mother in my school play. I was creative with the truth.”

It’s been praised by critics and has been renewed for a third season.

“I didn’t even have time to get an acting coach, so I basically had to learn how to act from Ted Danson.

“I’m a fast learner and I have an amazing group of people around me. I’m not De Niro, but I’m getting there.”

Jameela’s time in Hollywood has coincided with the #MeToo movement and the debate about equal pay.

“I feel very comfortable asking my co-stars what they earn,” she said.

“There is a pay gap between Ted Danson and Kristen Bell – but he was in Cheers, he is a national treasure. It’s not just about gender, that’s about what you bring to the table.

“But when there’s a man and woman of the same age, with the same level of experience in any industry – it blows my mind we are still treated as second-rate citizens and I think it is changing, slowly but surely.”

She said #MeToo had been “amazing” and celebrates the fact that “the men are afraid of the women for the first time ever”.

“Producers would ask for our second meeting to be at dinner, at night in a restaurant, which felt significantly more like a date – which I would always decline – that doesn’t happen anymore.”

Jameela launched the I Weigh campaign on Instagram to encourage people to post images weighing their achievements rather than their bodies.

She described LA as “the devil’s lair” when it comes to body image obsession, and now insists that magazines do not tamper with pictures of her.

“When I get Photoshopped by magazines – people change the shape of my nose to make my nose look less ethnic. They don’t tell me and it’s really offensive.

“I don’t feel flattered when a magazine creates this ‘flawless’ version of me – I feel really offended because that’s no longer my face. I’ve got a tiny Caucasian nose, my skin has been lightened, my pores have been removed, my stretch marks have been removed.

“[These are] things that I don’t have a problem with – then I can’t help but think, ‘Wow, what I brought wasn’t good enough’. Being Photoshopped is so offensive.”

Jameela recently hit out at Kim Kardashian West for posting an advert promoting a dieting lollipop, calling her “irresponsible” and a “victim of a societal problem”

Kim K shared a photo of herself eating the product – which it’s claimed suppresses your appetite – on Instagram.

Speaking to 5 live, Jameela said: “Kim Kardashian West may not have asked to be a role model but as soon as you accept money for being in a public position, you are a role model.

She’s not a bad person, I don’t think any of them are bad people – they are probably much more so victims of this societal problem than anyone realises. We’ve listened to 10 years of their insecurities publicly.

“Extreme diets, extreme cosmetic surgery, changes to their faces and bodies… They have tried everything to achieve this archetype of perfection and they themselves are victims. It makes me sad that they would ingest this poison and then push it back out.”

Anna Foster’s full interview with Jameela Jamil is broadcast on BBC Radio 5 live at 10:00 BST on Monday 21 May.

What drives people to become RE teachers? 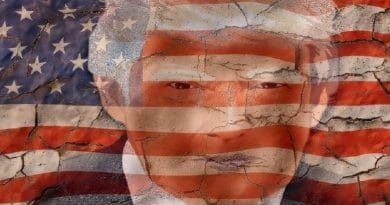 The Sting of a Dying Wasp – By Martins Agbonlahor