Britain’s secret service will air its first recruitment advert on national TV later in a bid to encourage more women and ethnic minorities to join MI6.

The poisoning of a Russian ex-spy and his daughter in Salisbury resulted in a surge of applications, officials say.

But they want to broaden their reach, and say they want people who “challenge the status quo”.

The latest official figures from March 2016 showed 24.1% of senior staff and 37.8% of non-senior staff were women.

There were also no British, Black, Asian, and minority ethnic (BAME) members among the senior ranks and they accounted for just 6.8% of the non-senior staff.

The advert, which will be shown in a break during Channel 4 News at around 19:30 BST, begins with an image of a shark – stereotypically a depiction of “evil” in James Bond films.

But later it turns to a mother comforting a child and tells viewers MI6 wants people who have understanding and emotional skills.

“Secretly, we’re just like you” is the tagline of the campaign.

MI6 has long had a deeply ambivalent relationship with its fictional portrayal in the James Bond films.

Last year, the Secret Intelligence Service broadcast adverts at the cinema to attract a different type of candidate.

The image of a ruthless spy with a licence to kill who saves the world has done wonders for the MI6 brand, but it does not reflect the reality of work inside the organisation and the concern is that it may have put some people off joining.

Chief of the service, Alex Younger, said MI6 needs to have the diverse workforce “to meet the challenges we face” and avoid having a groupthink approach.

“We want people who have never thought of joining MI6 to join MI6”, he says.

“People who challenge the status quo – in a respectful way – are valued,” he added.

The average starting salary is around £35,000 to £37,000 for the intelligence officer positions and all applicants must pass a vetting process.

Targeters identify individuals who may have access to secret information who MI6 might be able to recruit as agents.

Case officers cultivate, build and manage the relationships with those agents.

“R” or requirements officers make sure the intelligence that is produced by agents is valid and also relevant to the customers in government who receive it.

This latter function was boosted in the aftermath of MI6’s performance over Iraq’s weapons of mass destruction when erroneous intelligence was used to justify military action.

Previously, applicants would have had to prove their parents had been born in the UK, but this requirement is now being looked at.

“We are making our nationality rules slightly more flexible, to support our diversity agenda and enable a wider selection of candidates to join us,” a recruitment official for MI6 said.

The new TV advert is the start of a series of adverts for different roles which will be carried on TV and social media. 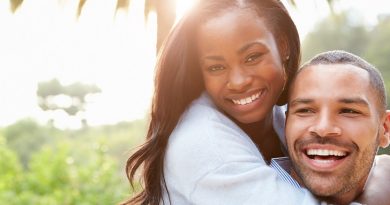