True Belieber, Justin Bieber, is rumoured to be chasing “Christian-appropriate” songs for his long-awaited comeback album.

The ‘Sorry’ singer, who has been open about his spiritual awakening after starting to regularly attend Hillsong Church, New York, a couple of years ago, is now said to want his 5th studio album to reflect his new-found faith.

Published in an article in The Sun, a source close to the singer said, “Justin is on the lookout for songs which really reflect where he is in his life, in terms of spirituality. He has always been religious, but the last two years have seen him grow closer to the Hillsong Church and it has changed his entire life. He has a totally different outlook now.”

The source continues, “After he finished his last tour, he really wasn’t interested in recording any music for a while. But his time with the church has revitalised him and, although he is working with a lot of the same people who helped to make his last album, Purpose, he is reshaping his sound so it is more in line with the church’s values and beliefs. There are key themes of love and redemption in the tracks he has created so far. It will certainly surprise some fans.”

After waiting for two years already, fans will no doubt be falling over themselves for new music, but they’ll still have a while to wait yet – Bieber isn’t expected to make his comeback until the end of this year/early 2019. 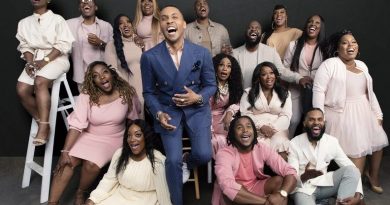