The Home Secretary has praised Barnardo’s for its work supporting and protecting children after the charity revealed it is seeing increasing numbers of cases of children at risk of multiple dangers, including sexual and criminal exploitation.

Also attending were young people from Barnardo’s services which support vulnerable young people, along with over 150 MPs, Lords and Ladies, local government representatives, charity sector colleagues and the press.

The Home Secretary said Barnardo’s had gone from strength to strength, now supporting more than 300,000 young people, parents and carers last year and is a key partner for government.

He referred to recent data that estimates more than 30,000 children aged 10-15 say they are members of gangs, adding that he was very interested to learn from Barnardo’s the emerging evidence of increasing numbers of children at risk of multiple dangers and that the charity is supporting more children who have been forced into crime.

Sajid Javid said: “On Saturday evening a 15 year old boy was stabbed to death in East London making him the 49th victim of a fatal stabbing. We must do everything we can to stop these deaths which is why we have launched the Serious Violence Strategy focusing on intervention and prevention, providing £3m for a new county lines research centre and £1m to tackle gang related activity on social media.

“Barnardo’s survey statistics make for depressing reading as they show how their services are seeing more vulnerable children that have suffered more than one type of abuse.

“It’s clear that we need to understand this complex and emerging picture of children’s multiple vulnerabilities quickly.”

“As we adapt to an ever changing world we must ensure that our response, whether it is the police, local authorities, social workers, central government or other agencies, is to believe in children, and listen to their voice so that we understand the full picture of what is going on in their lives and are much better able to protect them.”

Nearly 60 per cent of Barnardo’s services describe supporting a young person involved in crime in the past year, a survey of the charity’s managers representing 370 services revealed. Of those, nearly three quarters thought the young person had been coerced, controlled, deceived or manipulated by others into criminal activity.

“I’d like to thank the Home Secretary for recognising the urgent need to understand the disturbing issue of child criminal exploitation and what we need to do to tackle it. Abuse does not discriminate. Victims can be boys as well as girls, from all religions, ethnicities and cultures. LGBTQ children and children with disabilities. We all have an important role to play in keeping them safe.” 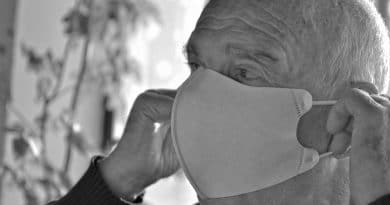