The latest class has graduated from the English FA-backed On The Board football governance programme that aims to train current or former BAME and female footballers.

The latest group to graduate from the On The Board football governance programme run by Effective Board Member (EBM) recently celebrated their achievement with a ceremony at Wembley Stadium.

Supported by The Football Association and the Professional Footballers’ Association, the EBM programme, delivered by The Governance Forum and designed to equip current and former BAME (black, Asian and minority ethnic) and female footballers with the skills they need to sit on the boards of football-related organisations, is now in its fifth year. Its earliest proponents include West Bromwich Albion FC manager Darren Moore, former Blackburn Rovers FC and Wigan Athletic FC forward Jason Roberts, and former Birmingham City FC players Dave Barnett and Michael Johnson.

The programme has evolved over the years and has been completed by a wide range of participants from across the football landscape. This year’s graduates include former Norwich City FC player Paul McVeigh and Guyanese international Christopher Nurse.

In addition to celebrating the achievements of this year’s graduates, the ceremony provided an excellent opportunity for current and former participants to pay tribute to the late Cyrille Regis alongside members of the Regis family and special guests such as Brighton and Hove Albion FC’s manager Chris Hughton. 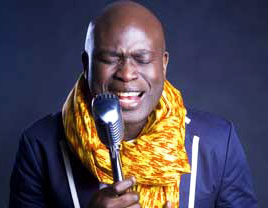