Nearly half of British adults (47%) agree that ‘the world would be a more peaceful place if no one was religious‘, and a remarkable 70% agree that ‘most of the wars in world history have been caused by religions’.

However, over four in five (81%) British adults think that it is religious extremists, not religions themselves, that are to blame for violence, according to a new poll from ComRes and the think tank Theos (with only 12% disagreeing with this statement). Similarly, 61% think that ‘the teachings of religions are essentially peaceful’.

The report explores the apparent rise of religious violence over the last generation, as well as media coverage of it. Professor Gill shows that there has been a great deal of confusion and caricature in the way that New Atheists, like Richard Dawkins and the late Christopher Hitchens, talked about religion and violence.

However, Gill also argues that there are passages in religious texts that, handled badly, can lend themselves to a violent interpretation. Killing in the Name of God takes a careful look at these texts, and shows how Muslims, Jews and Christians can and should read them in a way that builds peace rather than violence.

In a blog series accompanying the report, Prof. Ian Linden, Associate Professor in the Study of Religion at SOAS, argues that although religious extremism captures the headlines, secular violence, through authoritarian and extreme nationalist ideologies, is actually far more dangerous.

Nick Spencer, Research Director at Theos who wrote a foreword to the report said:

“Many people strongly associate religion and violence, although even more think that religious teaching is essentially peaceful and that religious violence is down to extremists, not to religion itself.

“This is a confusing picture, but it still poses a real challenge to all religious people to denounce all forms of religious violence and to handle their sacred texts with care.

“Robin Gill’s report provides valuable resources to do just that.”

Black Patients May Not Benefit On Low-Dose Aspirin

Walking To Jerusalem- A pilgrimage of penance, a march of solidarity 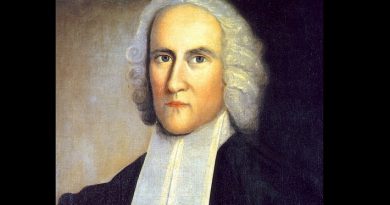