hakespeare’s Globe is delighted to announce the programme for ‘Shakespeare and Race’, a new festival of events opening 11 August. This is the first time in the Globe’s twenty-year history that the topic will be explored in depth over a week. Curated to draw attention to and provide a platform for scholars, practitioners and educators of colour in the teaching, study and performance of Shakespeare, this festival will highlight the importance of race to the consideration of Shakespeare not only in his time, but more urgently, in our own. The festival includes a play American Moor by Keith Hamilton Cobb, a workshop entitled Staging Race and Diversity in the Shakespearean Theatre, The Sam Wanamaker Fellowship Lecture is to be given by Professor Kim F. Hall, a pre-show talk for Emilia with Morgan-Lloyd Malcolm, a panel discussion of actors who have played Othello, and an international symposium featuring Kimberlé Crenshaw, Professor of Law at Columbia Law School and UCLA, who coined the term ‘intersectionality’. The festival starts and finishes with two theatre productions, Voices in the Dark and Hip-hop Shakespeare Unplugged.

Dr. Farah Karim-Cooper, Director of the Festival and Head of Higher Education & Research, said:“This festival aims to address the racial imbalances that exist not only in the industry of theatre but also in Shakespeare studies. As an iconic Shakespeare organisation we are duty bound to engage scholars and artists of all backgrounds and facilitate important and, at times, difficult conversations about the ways in which race is being represented in theatre and in the field. Shakespeare’s Globe must have this important conversation as a confident rebuttal to a dangerous regression to white privilege.”

Margaret Casely-Hayford, Chair of Shakespeare’s Globe, said: “Shakespeare’s ability to give an eloquent voice to people of different backgrounds and in widely differing emotional states speaks to and for all of us and is what makes him enduringly powerful. He is part of all of our heritage. I am thrilled by the fact that he articulated the passion and the anguish of Italian teenagers, Scottish royals, Roman statesmen, English peasants, Danish aristocracy, a Jewish merchant and an African who was a member of the Venetian military high command! In that context it is even more thrilling that there is so much intrigue about who really was his ‘dark lady’. It is clear that he was convinced that none of us is just one thing. The festival celebrates that fact and gives those of us who don’t ordinarily claim him so readily as part of our heritage, an ability and focus to do so.”

Opening the festival will be Voices in the Dark, personal stories written by young British Muslims performed alongside scenes devised by Intermission Youth Theatre. Highlighting the parallels between Shakespeare’s stories and these modern ones, scenes from his plays are woven into the evening. Intermission Youth Theatre is a charity working with young people who are disadvantaged, lacking in opportunity, at risk of offending or ex-offenders. All profits from the event will be donated to Intermission Youth Theatre, and Voices, a social start-up which aims to creatively challenge perceptions through the sharing and telling of people’s stories.

On 12 August, American Moor, an 85-minute play written and performed by African-American actor Keith Hamilton Cobb, will examine the experience and perspective of black men in America. There will be a post-performance discussion hosted and led by Michael Witmore, Director of the Folger Shakespeare Library in Washington D.C. The production has been performed across America, winning ‘Outstanding Solo Performance’ at the 2015 AUDELCO Awards. It was recognized by the Folger Shakespeare Library, and the script is now in the library’s permanent collection.

Keith Hamilton Cobb is best-known for his roles as Noah Keefer for ABC’s All My Children, for which he was nominated for a Daytime Emmy Award, Tyr Anasazi in Gene Rodenberry’s Andromeda, Damon Porter in CBS’s The Young and the Restless, and Quincy Abrams for the series Noah’s Arc (Logo Network). Other television credits include The Fresh Prince of Bel-Air, Boston Common, Suddenly Susan, One on One, The Twilight Zone, and CSI Miami. A prolific stage performer, Keith has performed in multiple Shakespearean plays, including Hamlet, Romeo and Juliet, Coriolanus, A Midsummer Night’s Dream, as well as more contemporary roles in David Mamet’s Race, August Wilson’s Jitney, and Lynn Nottage’s Ruined.

On Monday 13 August, a workshop entitled Staging Race and Diversity in the Shakespearean Theatre will study the relationship between staging practices and racial diversity. This will examine the privilege white actors have and disadvantage actors of colour experience due to choices of costume, set and lighting. The workshop will ask questions such as ‘does staging Shakespeare in historical dress present a challenge to directors and designers when it comes to racial diversity?’ Actors and scholars will come together to experiment, challenge and debate long-held assumptions about the relationship between casting, staging and race. The workshop will be led by Dr Erika Lin, Associate Professor at the Graduate Centre of New York (CUNY) and Dr Farah Karim-Cooper, Director of the Shakespeare and Race festival and Head of Higher Education and Research at the Globe. Erika specialises in early modern English theatre and culture with particular attention to embodied performance, affect, spectacle, and audience.

The Sam Wanamaker Fellowship Lecture is to be given by Professor Kim F. Hall on Tuesday 14 August. Kim F. Hall is the Lucyle Hook Chair of English and a Professor of Africana Studies at Barnard College. Her research and teaching cover Renaissance/Early Modern Literature and Culture, Critical Race Theory, Black Feminist Studies, Slavery Studies, Visual Culture, Food Studies, and Digital Humanities. Her book, Things of Darkness: Economies of Race and Gender in Early Modern England, (published 1996), used a black feminist approach to interpret Renaissance literature. She is currently working on two book projects: Sweet Taste of Empire, which examines the roles of race, aesthetics and gender in the Anglo-Caribbean sugar trade during the seventeenth century and a new project, Othello was My Grandfather: Shakespeare and the African Diaspora, which discusses Afrodiasporic appropriations of Othello.

Wednesday 15 August will see Morgan Lloyd Malcolm in conversation with the director Nicole Charles in a pre-show talk before Emilia. Morgan’s new play, Emilia, opens 10 August, directed by Nicole Charles. It will explore the life of Emilia Bassano, whom many consider to be the Dark Lady of the Sonnets, but was also a writer, poet, mother, feminist and woman in her own right. Playwright and screenwriter Morgan Lloyd Malcolm’s play Belongings (Hampstead Theatre, Trafalgar Studios) was shortlisted for The Charles Wintour Most Promising Playwright Award, followed by The Wasp (Hampstead Theatre, Trafalgar Studios). In 2016, she was selected for the BBC TV Drama Writers Programme and commissioned to write a 60-minute original television drama.

A panel discussion entitled Women and Theatre in Britain will take place on Thursday 16 August. It will explore what it means to be a woman of colour working in theatre in 21st century Britain. Participants will be playwrights, actors, directors and prominent women in theatre. Joan Iyiola will be taking part in the panel. Joan’s credits include The Duchess of Malfi, Life of Galileo, Boris Godunov, Orphan of Zhao (Royal Shakespeare Company), A Season in the Congo (Young Vic), The White Devil (RSC), Eclipsed (Gate Theatre), and They Drink It in the Congo (Almeida). Further participants are to be announced soon.

Playing Othello, on Friday 17 August, will see a panel discussion with actors who have played Othello in recent years and who will share their experiences of the role. Playing Othello will be chaired by the author of the most recent Arden introduction to Othello, Professor Ayanna Thompson (Arizona State University). The panel will include André Holland and Golda Rosheuvel. More actors taking part in the panel discussion will be announced soon.

Golda Rosheuvel played Othello at the Liverpool Everyman earlier this year. Instead of a gender-swap, Golda played the role as a lesbian woman. Her theatre credits include Romeo & Juliet (Shakespeare’s Globe), A Pacifist’s Guide to the War on Cancer, Wonder.land, The Curious Incident of the Dog in the Night Time (National Theatre), Electra, Carmen Jones (Old Vic), Marat/Sade, The Tempest, Julius Caesar, and Antony and Cleopatra (RSC). Screen credits include Lady Macbeth, EastEnders and Holby City (BBC). André Holland plays Othello this summer at the Globe, which opened 20 July. André is best known for his roles in Academy Award-winning films Moonlight and Selma. The multi-award-winning actor’s other screen credits include 42 and The Knick. Theatre credits include Jitney (Broadway), Blue Door (Playwrights Horizons), Wig Out (Vineyard Theatre), The Brother / Sister Plays (Public Theatre) and All’s Well That Ends Well (Shakespeare in the Park).

An international symposium will be held on Friday 17 and Saturday 18 August. Shakespeare and Race Across Borders: A Scholarly Symposium will bring together scholars from the disciplines of race, Shakespeare, theatre and performance studies to discuss the ways in which race is taught at university, discussed in the critical field and represented in performance. Featuring internationally renowned keynote speakers and panellists, the conference will generate important debate and open discussion about one of the most important and urgent issues in 21st-century Shakespeare studies.

Keynote speakers for the symposium comprise Kimberlé Crenshaw, Professor of Law at Columbia Law School and UCLA. She coined the term “intersectionality” and is a leader in the intellectual movement of Critical Race Theory. Crenshaw is a co-founder of the African American Policy Forum and the Women’s Media Initiative. Luke Harris is Associate Professor of American Politics and Constitutional Law at Vassar College and co-founder of the African American Policy Forum. He has written a series of critically acclaimed articles on equality in contemporary America. Devon Carbado is the author of Acting White? Rethinking Race in a “Post-Racial” America (Oxford University Press). He currently teaches at UCLA School of Law and has won numerous teaching awards, including the inaugural Fletcher Foundation Fellowship. Ayanna Thompson has written extensively on the subject of Shakespeare and race, including Passing Strange: Shakespeare, Race and Contemporary America (Oxford University Press) and, most recently, Shakespeare in the Theatre: Peter Sellars (Arden Bloomsbury). Professor Thompson is the 2018-19 President of the Shakespeare Association of America and Director of the Arizona Center for Medieval & Renaissance Studies at Arizona State University. Arthur L. Little is an Associate Professor of English at UCLA and author of numerous articles on Shakespeare, race and justice. Ania Loombais the Catherine Byson Professor of English at the University of Pennsylvania where she researches and teaches early modern literature, race and feminist theory. Her latest publications include Rethinking Feminism in Early Modern Studies: Gender, Race and Sexuality (Routledge). Ian Smith is a professor of English and teaches courses on English, Women’s and Gender Studies and Africana studies at Lafayette College. His current research project, Black Shakespeare, examines Shakespeare’s interest in social and political racial identities. Joyce Green MacDonald is the author of Women and Race in Early Modern Texts (Cambridge University Press). She is the Associate Professor of English at the University of Kentucky. 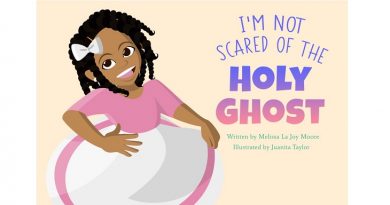 The boss who set up the ‘black LinkedIn’

Andrei Davydov knew the risks of painting Jesus in the USSR. He did it anyway