One in four black teenage boys guilty of manslaughter given maximum jail terms while none of their white peers sentenced to more than 10 years.

The justice system is disproportionately handing out harsher sentences to black children convicted of homicide compared with their white peers, an investigation by The Independent has revealed.

Analysis of figures for 2009-17 shows one in four black teenage boys guilty of manslaughter were given maximum jail terms, while white children found guilty of the same crime were sentenced to no more than 10 years, with the majority getting less than four.

The findings have prompted anger from MPs and campaigners who argue “cumulative” racial discrimination within policing and the judiciary means black young offenders are subjected to harsher punishments and therefore have worse life chances.

It will fuel concerns over racial bias in the justice system after a major review by David Lammy last year found that black people were four times more likely to be in prison in England and Wales than their proportion of the population would suggest.

The new analysis shows that black teenagers guilty of homicide – of which there were 73 between 2009 and 2017 – were considerably more likely than their white counterparts to be convicted of murder, which always led to a life sentence.

The majority (52 per cent) of white teenagers in this cohort – of which there were 102 – were convicted of manslaughter, which usually led to a shorter jail term, while this applied to just 30 per cent of black children.

Five per cent of black children got less than four years, compared with more than half (51 per cent) of their white peers.

Responding to the findings, Labour MP David Lammy told The Independent: “Clearly when someone commits a crime, they need to be punished. However, we cannot have one rule for one group of people and a different rule for another group of people,” he said.

“As I found in my 2017 review of the criminal justice system, some of the difference in sentencing is the result of a ‘trust deficit’. Many BAME defendants simply still do not believe that the justice system will deliver less punitive treatment if they plead guilty.

“It’s vital that all parts of the criminal justice system work hard to address these discrepancies, so that the same crime leads to the same sentence, regardless of ethnicity.”

Zubaida Haque, deputy director at the Runnymede Trust, said the reason for these discrepancies were complex, but that black teenagers were facing “cumulative” discrimination within policing and the judiciary, with “harrowing” consequences.

“Black teenagers are facing discrimination the moment they have contact with the police, and it continues when they’re in front of judges and juries. The gang affiliations, the assumptions – black boys are more likely to be considered suspects,” she said.

“It’s difficult to say where there is most discrimination, but we can say that small decisions have big impacts. It is cumulative. We know there are real racial inequalities in stop and search, and young black people are nine times more likely to be locked up.”

The Lammy Review revealed a lack of ethnic diversity in the justice system, with 7 per cent of the judiciary from BAME background and just 6 per cent police and prison service, compared with 14 per cent of the general population.

“What we don’t know is why black people don’t plead guilty. We suspect it’s because they don’t trust the criminal justice system – and why would they if they’ve been stopped more by the police? There are so many things that send a message to black people that they shouldn’t trust authority.”

Ms Haque said the impact of sending any teenager to jail for more than 10 years or life was “harrowing”, adding: “Until we address this head on, it’s not going to change.”

A Ministry of Justice spokesperson said: “Sentencing is a matter for our independent judges, who take into account the full facts of each case.

“We remain absolutely committed to tackling racial disparity wherever it exists in our justice system.

“That is why, as part of our comprehensive response to David Lammy’s review, we are publishing more detailed ethnicity data and have adopted an ‘explain or change’ principle to address disparities.”

Written By: May Bulman 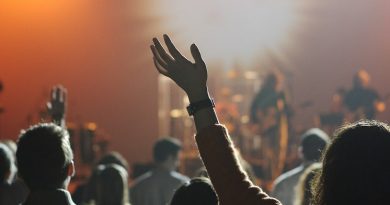