Just 2% of those in Initial Teacher Education were non-white in the 2015-16 academic year, a Welsh Government report showed.

That compared to 1,200 who described themselves as white.

The Welsh Government said it was committed to making sure teachers were representative of communities and encouraged people from all backgrounds to consider teaching.

The percentage of people in Wales from black and minority ethnic groups was 4.1%, according to the latest official figures.

“We have been encouraging people to get involved in educating children because we feel racism and lack of tolerance comes from a lack of exposure to people who are in positions of authority or who impart knowledge,” Mrs Iwobi said.

“It’s very concerning there is such a low rate and something has to be done.

“We need mentors who are diverse-aware and understand working with people from diverse backgrounds.”

Mrs Iwobi said some trainee teachers or assistants interested in teaching had quit or taken breaks because of “traumatic experiences”.

“One of those people has been so stressed by their experience they have had to take a break.

“They are asking ‘why has it happened to me, why have I not had the support I deserved?'”

Mrs Iwobi said the person in question had taken a break from a south east Wales school with a view to finishing the training elsewhere.

‘Crying going back to school’

She also heard from young teachers in Swansea who had experienced discrimination.

“They went in as teaching assistants and had very difficult experiences, but these could have been people who went on to do PGCEs, they felt discriminated against by the teachers.

“They’re saying ‘I don’t think I want to go back, I was traumatised by how badly I was treated, I was crying going back to school and dealing with this individual who was meant to be supporting me’.”

Mrs Iwobi added in tightly-knit ethnic minority communities a lot of information was passed by word of mouth.

“If one person says ‘I’ve had a brilliant experience at this supermarket’, most people will head down there.

“And if they say ‘I’ve just had a horrible experience in this school, I was unfairly treated’, it is absolutely going to discourage people, even if they have felt teaching was their calling.

Reena Patel, acting deputy head at Fairwater Primary in Cardiff, said her experiences had been very positive – but added it was important for children to see people from ethnic minority backgrounds in positions of authority.

“I think they feel that they are not represented in senior positions so they don’t feel as if they can go there,” she said. 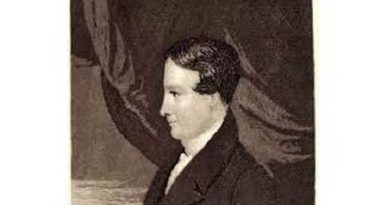