The great and the good within Britain’s Black community attended a special reception held at 10 Downing Street to commemorate the arrival of The Windrush in 1948.

Those in the crowd were welcomed by Prime Minister Theresa May, who used the occasion to expand on the reasons why the government has approved of a national day to celebrate the arrival of Caribbean communities to Britain. It will be called Windrush Day and will take place every year. She stated: “22nd June will forever be marked as Windrush Day” and shared why the government will be providing funding to help charities and local communities mark it.

She continued: “Windrush Day will provide an annual focus for celebrating our Caribbean community, apologise for the Windrush fiasco, and recognise the contribution of the Windrush Generation.”

The ‘Windrush fiasco’ alluded to has seen some Caribbean people and their descendants, who were born in Britain, being rendered unable to work; prevented from renting property, and even denied NHS care. Some received letters from the Home Office stating they have no right to live in the UK. May said, “It was completely unacceptable. I am deeply sorry for what has happened to some members of the Windrush Generation as a result. We let you down, and the government is working urgently to put this right.”

The Prime Minister also recognised the contributions of individual people from the Caribbean, citing Jamaican-born Alford Gardner, who is a pillar of his community in Leeds, and Karen Gibson & the Kingdom Choir, who sang at the Royal Wedding, stating: “A Black gospel choir, taking a central role at a royal wedding in the heart of Windsor Castle, was a powerful demonstration of the extent to which Britain has changed over the past seven decades.”

The Kingdom Choir provided the entertainment, with a repertoire of songs, which included: ‘Stand by Me’, the song they sung at the Royal wedding in May, and which has been viewed over 10 million times on YouTube. 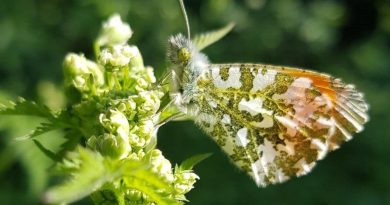