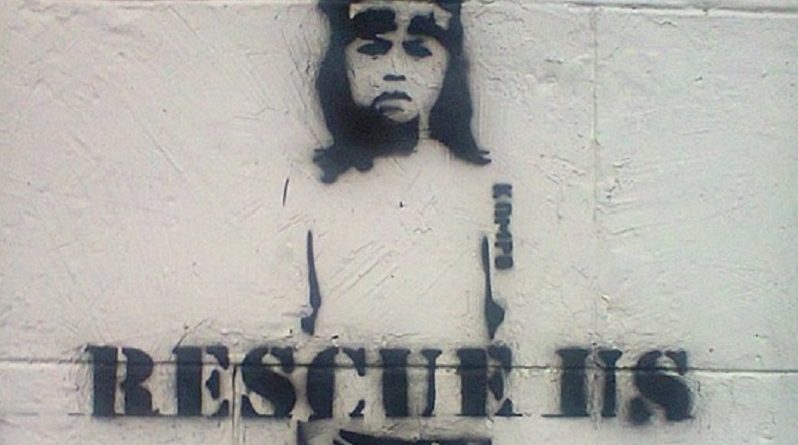 Nearly 150 children, some as young as two, were trafficked into Wales with many facing sexual exploitation, anti-slavery officials have said.

In the last 18 months, the children aged between two and 17 were identified as potential victims of modern slavery and human trafficking and given help.

Eva was a teenager when she was brought to Wales on the pretence of a nanny job and forced into prostitution.

She had been trafficked from Lithuania.

A friend of a neighbour had promised her a job caring for his sister’s children but when she arrived it quickly became clear there was no childminding job.

“The next day she came in with my pimp to take me to work… I opened the door and all the girls had stockings, high heels, sexy dresses and I’m like ‘where’s the kids?’

“I was petrified, I was crying, shaking, it was really hard.”

She said she suffered violence every day -“My back used to be black and blue” – and she was forced to work 24 hours a day, seven days a week.

One day she told her pimp she needed her passport to prove she was entitled to treatment at a sexual health clinic – and she fled.

But she had nowhere to live and was not entitled to claim benefits so was forced to continue working as prostitute bouncing between friends’ sofas and homeless hostels.

Her story is not unusual to Stephen Chapman, the Welsh Government’s anti-slavery co-ordinator.

He said slavery such as forced prostitution and labour, criminal exploitation and domestic servitude had all been uncovered in Wales.

“Some will say that’s shocking.

“I will say that’s really good news because we now have 143 children safeguarded who weren’t being safeguarded before.”

Since January 2017, Wales has been one of three independent child trafficking advocates early adopter sites along with Greater Manchester and Hampshire.

It means all children identified as potentially trafficked in Wales must be referred into Barnardo’s ICTAs service who will make contact with the child within 24 hours and help them navigate the complex systems of social care, immigration and criminal justice.

In 2012 there were 34 potential adult and child victims referred to the National Crime Agency’s (NCA) National Referral Mechanism and passed to Welsh police forces for crime recording purposes. This jumped to 193 in 2017.

Mr Chapman, who has been tasked with making Wales hostile to slavery and to co-ordinating support for survivors, said there was better identification of victims and almost all types of slavery had been unearthed in Wales including forced prostitution and labour, child trafficking, criminal exploitation such as county linesand domestic servitude.

He said the public had a responsibility to educate themselves on the signs of slavery: “How can anyone wash a car for £5?

He said criminals in Wales were becoming bold: “You could be at one of these car washes and you could be offered sexual favours.”

But he said more victims were being helped than ever before: “We’d like to say to people who are out there still enslaved we do know about you…

“We are recovering more people than we ever have done, we’re getting smarter at identifying people so we are coming, we will rescue you.”

Some of the cases of trafficking and modern day slavery unearthed in Wales:

Eva managed to escape her ordeal and in 2017 was introduced to Cardiff-based charity Red Community which has a befriending project for survivors of trafficking and slavery.

“Some of our befrienders fed back, ‘Would there be any scope in setting up somewhere to employ some of these survivors, where there can be a strong emphasis on pastoral care, understanding and caring for them in a way which is appropriate for what they’ve been through?'” a spokesman said.

From this suggestion coffee roastery Manumit was born in June 2017.

Eva was one of the company’s first employees.

“It’s the best life experience I ever had. The best job ever. I have my own home, I have my own bedroom, living room kitchen and a garden with flowers, I’m really happy,” she said.

Manumit has trained 11 survivors in foundation level barista skills and is hoping, if they sell enough coffee, to take on another two survivor employees. 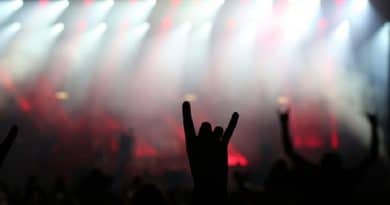 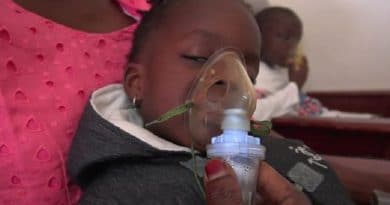 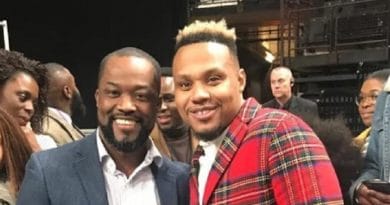