Over 2000 people, some representing three generations of Caribbean people in the UK, were present at a special Service of Thanksgiving, held recently at Westminster Abbey to mark the 70th anniversary of the landing of the Windrush.

People in attendance included: Sir Kenneth Olisa OBE, Lord-Lieutenant of Greater London, who represented the Queen; the Right Honourable Theresa May MP, Prime Minister; Sadiq Khan, Mayor of London, and the Most Reverend and Right Honourable Justin Welby, Archbishop of Canterbury, Primate of All England and Metropolitan.

Other church leaders, who were present, included: Pastor Agu Irukwu, leader of the Redeemed Christian Church of God, and Bishop Blake, head of the Church of God in Christ UK.

The service, conducted by the Very Reverend Dr John Hall, Dean of Westminster, commemorated the arrival of the Empire Windrush at the Port of Tilbury on 22nd June 1948. More than 500 men and women from the Caribbean were on board, and the ship’s arrival heralded the start of mass immigration from the Caribbean to the UK.

Those who took part in the service included the Reverend Prebendary Rose Hudson-Wilkin – Chaplain to the Queen, Chaplain to the Speaker of the House of Commons and Priest Vicar of Westminster Abbey – who read Jeremiah 29:4-11; Jayden Hamilton, who read 2 Corinthians 4:6-9; gospel singer, Carla Jane, who sang ‘Faithful One’; a 70-strong choir, directed by Karen Gibson; the Windrush Soloists sang ‘Psalm to Windrush: for the Brave and Ingenious’, a new anthem by composer Shirley J Thompson, commissioned for the service, and performances by young people of The Invitation – a dramatic exploration of the invitation from the British to Caribbean citizens – and Mixed Welcome, dramatised testimonies of the first Windrush settlers in Britain.

The service was held amidst the ongoing Windrush scandal, which saw people who once lived in Britain, unable to return when they went to the Caribbean on holiday or to see loved ones because, according to the Home Office, they didn’t have full British citizenship.

Rev Joel mentioned this in his address, stating: “The word ‘Windrush’ has evoked a great deal of emotion and even anger across our political landscape.” He went on to map out the successes, the difficulties and the resilience of the Windrush Generation, and how they have been undergirded by their faith.

He continued: “Like the Hebrews, the people of Windrush are resilient…History has taught us that this is often the price of citizenship.”

His address concluded on a hopeful note: “We may be perplexed, but Christian faith is all about future hope. And Windrush resilience arises, supremely, from the conviction that God our Help in ages past will always be our Hope for years to come.”

The Dean of Westminster wore a cope, especially commissioned for the occasion by the Church of England National Committee for Minority Ethnic Anglican Concerns. 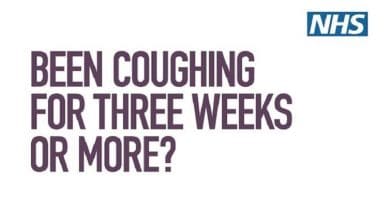