A council finance manager stole £62,000 from survivors of the Grenfell Tower disaster before splashing out on holidays and haircuts, a court heard.

Jenny McDonagh, a former boss at Kensington and Chelsea borough council, pleaded guilty to two offences of fraud, one of theft and one of money laundering at Westminster Magistrates Court yesterday afternoon.

McDonagh transferred thousands of pounds intended for victims of the fire into her own account over an 11 month period.

During that time, she went on holidays to Los Angeles, Iceland and Dubai as well as spending money on hair appointments, dinners in expensive restaurants and online gambling.

The money, which was stolen from October 2017 to August 2018, was taken from three pre-paid credit cards that the council used as a means of financially supporting survivors of the Grenfell fire, which killed 72 people in June last year.

The former council employee, from Abbey Wood, south-east London, was responsible for managing that financial support.

Prosecutor Robert Simpson said: “The Crown Prosecution believes Mrs McDonagh is someone who is a serial fraudster who lives beyond her means, gambles and really has little or no control over her spending.”

He added that she had spent “quite a lot of money on online gambling” where she is believed to have lost roughly £16,000.

In what Mr Simpson described as an “ongoing breach of trust,” McDonagh continued to spend the stolen council funds even after being arrested by police earlier this month.

On August 1, she was interviewed by police in relation to their investigation, however two days later after being released she used one of the credit cards again.

Police then later arrested McDonagh, who is married with no children, for a second time on August 29.

Mr Simpson also confirmed that there are further ongoing investigations at McDonagh’s previous employers, including the Victoria and Albert Museum in London and the Medway NHS Trust.

The court heard that she is believed to have obtained £35,000 from the NHS Trust in Kent, south east England whilst working as there head of payable accounts from November 2015 to June 2016.

McDonagh, who studied accountancy at City University London, later went onto work for the V&A Museum as a finance operations manager from July 2016 to August 2017.

Whilst employed there, her alleged attempt at defrauding the museum “hadn’t got far enough for her to obtain anything from it, but it had potential,” according to Mr Simpson.

McDonagh, who appeared in the dock wearing a large green coat and showing little emotion as the details of her offending were relayed to the court, was granted conditional bail yesterday and is due to be sentenced at Isleworth Crown Court next month.

Senior District Judge Emma Arbuthnot said she had committed “a course of dishonesty” and ordered McDonagh quit her current job as finance officer at a mental health charity.

A spokesman from Kensington and Chelsea council said: “We take fraud very seriously and we have always taken action to root out Grenfell fraud wherever it takes place.

“Over many months our fraud team has worked with the police to build cases and push for prosecutions against anyone who sought to take advantage of last year’s terrible tragedy.

“On this occasion it was one of our own members of staff who managed to defraud the council by getting past our own systems and processes. This is both shocking and unforgivable.

“We discovered the fraud and took action straight away, including strengthening our internal processes. We apologise to the survivors and families for any distress this may cause.” 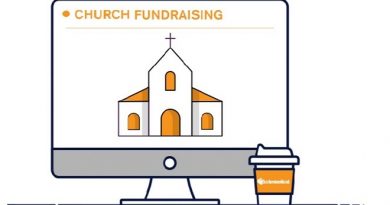