Well, we have spent the past fifteen to twenty years telling young gospel artists what it was like to have lived during the 1980s, when a select number of choirs, groups and soloists were signed to mainstream secular record labels. And now they have witnessed this for themselves, with the recent signing of Karen Gibson & Kingdom Choir to the UK arm of Sony Music, following the Royal Wedding. What lessons can we learn from this widely acclaimed achievement?

LESSON NO.1 – EXCELLENCE PROPELS YOU

In real, harsh business terms, it was a no-brainer decision for Sony. The song, ‘Stand By Me’, had reached the Number 1 slot on the US Billboard Singles Chart, following 10 million YouTube views, and 2 billion people had zoned in to watching the Royal couple say “I do” and to hear a choir, made up of African Caribbean or African British people singing ‘So fine, so sweet’. It must have been as startling to the US viewers, to see the British audience listening to Bishop Michael Curry, the Black presiding bishop of the Episcopal Church – the American equivalent of the Church of England.

With that perspective in mind, it’s the realisation of how the choir sang, combined with who they were singing for and how the public responded that has given us the resultant recording deal that makes this so special – especially since there are a number of British choir directors with choirs who have been performing to mass audiences and royal dignitaries for many years.

My first experience of Karen and her ability to hone a group of voices occurred while I worked at the BBC, producing The Gospel Train. From circa 1993 to 1996, The Gospel Train became the first regularly broadcasted programme on BBC Radio 2, which toured Pentecostal and Charismatic churches and recorded a live evening of music with special guest artists; a host choir and band, and an individual from the local audience, who would give a evidentially proven testimony of what the LORD had done for them. Some of the local choirs were not up to scratch and, after consulting Noel Robinson, who introduced me to Karen, I began to see her incredible skills put to great effect.

I remember a particular choir that was just unbroadcastable (if there is such a word). They wanted to sing a classic gospel song, and it didn’t matter how much they rehearsed, they sounded no better. In comes Karen and, in less than a month – and I think it was two-three rehearsals – they were relatively brilliant. So much so, that when we had a team production meeting to choose songs for a compilation album of the series, that song was the first choice of the Senior Producer! Wow! What a turnaround that was.

When I recommended Karen to other BBC producers, I had no qualms or nervousness. She delivered time and time again. Delivering quality at every level in every way. This is an extremely important attribute. None of us are exempt from it – no matter how long we’ve been doing what we do!

There is no doubt about it, it is a wonderful personal opportunity for Karen Gibson to bring her specific style of choir directing, her way of delivering the choral sound of British Gospel, to new and wider audiences. I’m excited for Karen and the singers, because they are properly and perfectly dedicated to what they do – with a right motive. Of course, they must receive payment for what they are doing; they have mortgages and rent to pay, and families to dress and feed… For some, it may be part time, others full time, but we know ALL THE TIME PRAISING AND HONOURING THE LORD – regardless of the situation they’re in. Let’s not get it twisted: working in the music and entertainment industry – because that is where they are – is not a complete bed of roses, and even if it were – roses have thorns! What we certainly need to do is pray for them, as they spread the message of hope, love, faith and peace to people.

LESSON NO.2 – THE RIGHT SONG IDENTIFIES YOU

I recall once, while I worked with the superstar vocalist, Deniece Williams, producing her BBC Radio 2 show, we went to the home of the late singer-songwriter and guitarist, Bobby Womack. He told us a few stories of his personal experiences, one of which was about the song, Stand By Me. Womack was a contemporary and friend of Ben E King, and he described King telling him how he needed one more song for his debut album, and this was the only one he had to hand that was mainly written as a gospel song. He sang it to the producers Leiber & Stoller, and they decided to change up the lyrics and arrange it to its current lyrical form. Bobby Womack told us that story, because he says that artists who had come out of gospel in those days, to follow the success of Sam Cooke, to become known as a soul stars, had written songs that were originally for gospel. Somehow, I feel Karen & Kingdom Choir have reclaimed Stand By Me and brought it back home to its original genre.

What was very important about the song Stand By Me was the actual skilled arrangement of this golden classic. This was all down to the excellent vocal coach, arranger, choir leader and producer, Mark De Lisser. I visited Mark’s website – and you should too! – at www.markdelisser.com, where there is the treasury of an exceptional workhorse of a musical master. His website is an AMAZING record of who he is and what he offers. Mark has done a lot of TV and radio work, but he has also established various choirs, including ACM Choir (founded as part of his work at the Academy of Contemporary Music).

We do have excellent anointed, appointed, skill-trained professionals – individuals who have taken the time to learn the art academically, but have also deeply embedded the craft of their roots and spirituality into all they do. I think it’s essential that individuals like Mark are highlighted, celebrated and encouraged within our scene and beyond it.

We need to encourage more compositions – both arrangements and originals – from our writers. We need a collective attitude about great songs, and making and matching songs with the RIGHT artists who can emotively, spiritually and physically deliver through performance. It’s a very sad but unfortunate fact that we have not been successful in profiling, sharing and re-recording songs of our British peers and contemporaries. Where are our nationally known British classic gospel songs? The answer must change in this generation.

As much as this is Ben E King’s composition, the Kingdom Choir/Mark De Lisser arrangement will always be identified, and probably choirs and other chorale groups will learn to sing that version. And we will be able to tell the back story to its powerful place in our timeline.

LESSON NO.3 – THE POWER OF THE FRUITS

This may be an odd philosophical lesson to some who will read this, but I believe there is a valid point somewhere in my text. I read a quote recently. It was someone else quoting the famed Christian apologist, Ravi Zacharias, who said: “The more we enjoy legitimate pure pleasure, the closer we are to the heart of God.” Now, this is a big BIG statement to me. And I compare this question with the many stories I have read in books and watched in films about people who are unbelievers, some atheists, who have a NDE – Near Death Experience.

It always amazes me that many and most of those people return to give their lives to JESUS, or at least become very committed to believing there is life beyond physical death. Most times, the first ‘good’ experience is being surrounded by LIGHT and atmosphere of pure LOVE, or to be filled with PEACE or some other intangible goodness. Often following those experiences, people become aware they are experiencing GOD or JESUS, without being told that is who they are experiencing. Now, bear with me, for here is my point…

I’ve had a look at Kingdom Choir’s website, and there are three big words: LOVE, MUSIC, POWER. When you are surrounded by PURE LOVE, PURE MUSIC or PURE POWER or, as is sometimes the case, all three elements, you can only but look up and probably discover, as many have, that this is GOD, and GOD IS LOVE. GOD IS SPIRIT. And this is where the FRUIT of the SPIRIT, listed in Galatians 5, lets us know that by these fruits we will know who He is.

Sometimes our religiosity can tie us down or limit a presentation in a formulaic manner. Be LOVE. BE LIGHT. God will make His Person known.

In closing, I pay tribute to a much-loved Choir Director and Pastor, Andrea Robinson, who preceded Karen Gibson, from the late 70s onwards, as one of our first widely known directors with a skill to hone and shape voices, regardless of where they came from or the level of their ability. Andrea went to be with the LORD earlier this year. Karen and other choir directors, who attended her Homegoing & Celebration of Life event, realise they are part of a select rare breed of persons with exceptional skills and ability, who carry something very special. Prayer and public support are needed for all our various Ministers of Music, as they engage in these great opportunities handed to them. Yet we need more constructive ways to empower each other, so that more of these opportunities are forthcoming and the influence of our music can increase. 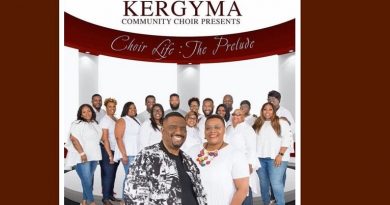 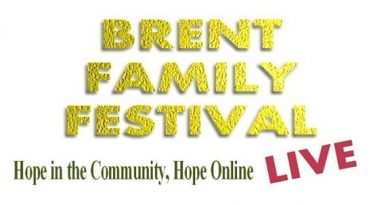 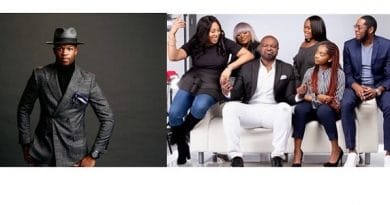