Three years after launching a general IT business, Sian Computers in Bushbury, Wolverhampton, is reaching further into the community through the launch of its Community Interest Company that is providing a platform where people, particularly children and young adults, can enjoy internet gaming in a safe environment.

General Manager, Robert Allen, said the initiative came about in response to feedback from and needs identified within the community. These needs were displayed in their starkest reality when Jasmine* (*name changed), from the local community, shared at the launch event the chilling story of how her seven-year-old son attempted suicide after being involved on age-inappropriate gaming sites.

Mr Allen, who worked in environmental health for 20 years before setting up Sian Computers with his sons, Curtis and Kieron, said it was easy to discover the community’s needs because his church background had given him much experience of listening to people. “Many of the problems that young people are currently experiencing,” he said, “are linked to the decline in the number of community centres and hubs that used to serve their needs. With all that having disappeared, we initially started putting on gaming tournaments, with financial support from local businesses.

“Parents and grandparents would come along to watch, and we soon discovered that they had their own training and IT needs. As a result, we began to offer courses, such as First Aid and Health and Safety for everyone. In addressing the need for online security, we have also developed our ‘IT for Community Resilience’ course, in conjunction with one of our local partners. The course is free to attend, and will help adults to ensure their own safety when doing business online, as well as equipping them to be vigilant with regard to their children’s and teenagers’ safety whilst they are online.

“We gradually became a community hub in our own right, and interest in our services grew further. So, in addition to operating a normal internet café with the usual surfing, printing and sales services, we are now also organising gaming tournaments in a bigger way and in partnership with more organisations, including local schools.

“We have an after-school club that happens every Wednesday from 4pm to 6pm, and the tournaments usually happen during school holidays.”

Jasmine said the facilities and services offered at Sian Computers have been a lifesaver for her and her entire family. “As a result of the business course I did here,” she said, “I have been able to start my own business, operating from home. This has been important for me, not just on account of the freedom and flexibility it has afforded me, but particularly in light of the catastrophic events that took place in recent times with my son.”

Jasmine explained that her son’s behaviour began to deteriorate after he started accessing over-18 internet game sites when he was away from home. Things came to a chilling head when an outburst led to him being given a timeout on the stairs. In response, he attempted to hang himself over the bannister, and was stopped barely in the nick of time. Already aware that the behavioural signs her son had been displaying were linked to his interactions with the internet games, Jasmine made a check on the search history of his tablet, and was shocked to discover that he had been searching ‘how to’ suicide sites.

Choked with tears, Jasmine said, “I never knew that we could get through this. My son is in a much better place now, but the whole experience has made me even more aware of the problems that can be triggered when children access age-inappropriate game sites. It is important for parents to know what to look out for, and what they can do to put checks and balances in place to protect their children. I’d never like to know that another family ever has to go through what we have been through.”

With recent reports that the World Health Organization is taking steps to include ‘gaming disorder’ in the 11th International Classification of Diseases, Mr Allen said: “Internet and video games have become so entrenched in our culture that it makes sense for us to find ways to ensure that people can benefit from using them safely and appropriately. We are confident that incorporating more social interaction along with the games is a key component in minimising the negative impact that their use has inadvertently created. I don’t think we all saw this coming in the initial stages, but it is clearly apparent now that the more plugged in we have become as a society, the more unplugged we have become from each other and from ordinary things, and from interactions that contribute to invigorating human relationships.”

In The Wake Of Omicron, Could The Covid booster Be Your Greatest Gift This Christmas? 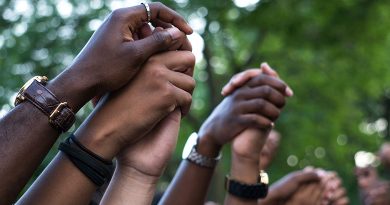