Hundreds of workers and members of their family picketed outside petrochemicals company Sasol, in South Africa’s Free State province.

The demonstration by the mainly white trade union Solidarity at the company’s Secunda plant was the largest gathering yet since the union’s technical staff and artisans began their strike on Monday.

Strikes over unfair labour practices are not uncommon in South Africa but today you’d be forgiven for thinking you were at picnic as some enjoyed a barbecue, or braai, and drinks under gazebos.

But the gathering was in fact about a controversial issue – it was a protest against a new share scheme for black employees only.

The company has defended its decision to offer shares to its black employees saying the scheme is aimed at boosting black ownership in the firm and at redressing historic injustices, which saw black workers discriminated against.

But Solidarity says its white members are now facing similar discrimination and will not relent until the company reconsiders.

Meanwhile it has been reported that the strike has put the company two days behind in production.

Sasol says it has contingency measures in place to minimise disruptions.

Solidarity has 6,300 members working at Sasol and they’re all said to be taking part in the strike action.

But for the 18,000 black employees, it’s business as usual and they are keeping the plant open. 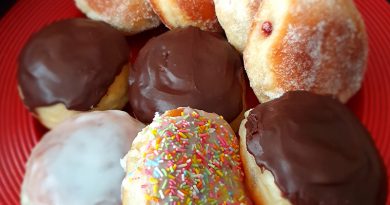 The History of New Year’s Resolutions