The number of NHS midwives in England rose by just 67 in the last year, despite universities turning out over 2,000 newly-trained staff, according to the latest State of Maternity Services Report published today [12 September 2018] by the Royal College of Midwives (RCM).

There were the equivalent of 21,601 full-time midwives working in the NHS in England in May, according to the most recent figures from NHS Digital, up just 67 on a year earlier. The rise contrasts sharply with the 2,132 midwives who graduated from English universities in 2016/17.

Commenting, RCM chief executive Gill Walton said, “It is of deep concern that we’re only seeing an increase of about one NHS midwife for every 30 or so newly-qualified midwives graduating from our universities. It’s not that new midwives aren’t getting jobs, they are. The problem is that so many existing midwives are leaving the service that the two things almost cancel each other out.

“The Government has committed to training an extra 3,000 midwives. That’s great news and we welcome it wholeheartedly, but if the trend identified in this new report continues, those 3,000 additional training places may only produce an extra 100 midwives on the NHS frontline. We must see still more trained as well as action on retaining the staff that we already have.”

The report, which estimates that the national midwife shortage is unchanged on the previous year, at 3,500 full-time staff, also highlights the challenge of keeping EU-trained midwives as Brexit looms.

In the year to March, just 33 midwives who trained elsewhere in the EU registered in the UK to work as midwives. This number had been 272 only two years previously, before the 2016 referendum. Over the same period the number of European midwives leaving the register jumped from 160 to 234.

“We have around 1,700 EU-trained midwives registered to work here in the UK, and they will be caring for tens of thousands of women every year. Their numbers are already falling quite dramatically however, and my fear is that if Brexit goes ahead, especially without a deal, then their numbers could quite simply collapse. More needs to be done right now to guarantee their right to stay and work in the UK post-Brexit, even if there is no deal, then more will leave and that will make our shortage even worse.”

Amongst the reports other findings, the profile of the women using maternity services continues to change. Last year, 55 per cent of births were to women in their thirties or older, the highest since records began in 1938.

“Older women will typically require more care during their pregnancy and postnatally,” Gill Walton commented. “This will not be true in every case, of course, but overall it does add to the mix of complexity with which maternity services must cope. The very clear ageing of the profile of women accessing maternity care does therefore increase the number of midwives needed by the NHS.”

The report identifies a fall in the number of births, down 2.5 per cent last year, as an opportunity, with the intense pressure on midwives and other maternity staff easing as a result.

“The number of births dipped last year,” Gill Walton observed. “With the number of births off its peak and this new commitment from the Government to more training places for midwives, we have an opportunity to tackle this deep, longstanding problem. But we need action to ensure those training places materialise, that there are enough clinical training placements for students, that they graduate and get jobs. Even more than that we need to ensure the midwives we do have stay in the service, and that means things like ensuring that NHS staff get good pay rises in the future.

“It would be great if in future years I needed to complain less about the shortage and was able to speak more about the great things that a well-staffed, well-resourced maternity service was achieving.”

The Full RCM Annual ‘State of Maternity Services Report 2018 – England’ can be read at: https://www.rcm.org.uk/briefings-and-reports 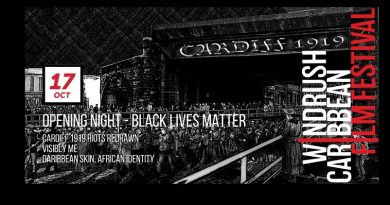