In this 26th year of the Notting Hill Carnival Gospel outreach the Lord on Sunday 26th and Monday 27th August 2018, had us walk very slowly past the huge crowds gathered around each carnival float. -This year the  floats were stationary for much of their time in Ladbroke Grove. This was contrary to the Lord’s usual leading, of us occupying only quieter gaps between the floats. The result this year was that during the two days we preached the Gospel to double the usual number of people , that is to approx. 500,000 souls.

It seems as if there were evil forces arrayed against our effort. The incidents of opposition against us were so increased including my wife sustaining a head injury during the ministry at about 4pm on the Sunday. Other incidents of opposition included: (i) the special vehicle we hire became unavailable just two hours before we were due to collect it. (ii) Our parking location in the area was, “suspended” when we arrived. (iii) A Christian asking for help during the night contributed to my wife getting no sleep. (iv) At the start of the event, as I responded to a request for a Bible, a fierce gust of wind came from nowhere and blew the ‘chariot’ over flat to the ground. (v) Only 7 Christians arrived on the Sunday so there was no-one to carry ‘The Blood of Jesus Christ’ banner. (vi) Then immediately after I had preached for the third time to vast crowds, my wife began a Bible reading from Jeremiah 9 v. 23. As she read “Let the rich man not glory in his riches”, she slipped on a drinks can and stepped back but her heal hit the kerb so she fell flat on her back. The back of her head hit the pavement with a loud crack. A man sat nearby said “She hit her head very hard you know”. While I was getting medical attention for my wife, the 3 Christians who were left standing continued the preaching without us. This shows how important it is for ministries to be able to function in the absence of specific individuals.

My wife and I were then faced with a dilema. It was the first day, with other brothers and sisters in Christ turning up the next day. Do we go home taking all the equipment with us, or stay to see whether the Lord can use us in this injured condition? By any sensible estimation we were out of it. -My wife now had to be watched every moment for 24 hours. However, despite her serious head injury, my wife was not to be stopped. On Monday her bloodied head bandage elicited much respect, as she again spoke out the words of Jeremiah. In the two days 12 Christians took part in the preaching and Gospel Tract giving in front of about one and a half million people. Our ‘Bible Text Jackets’ were much photographed and filmed. Over the two day event during 11 hours of ministry over 2,000 Gospel Tracts were received by those attending the festival. 42 people approached us and asked for a free Bible. -We prayed with those individuals for which they were truly thankful. John Banda, who is in his 80s, during the two days, did the ‘double hammer blow’ preaching so well to the thousands of people. A young preacher, who joined us for the first time on the Monday, preached a strong message of repentance and faith in Jesus Christ to crowds standing shoulder to shoulder across the whole width of Ladbroke Grove roadway. All the Christians went home rejoicing. Our preaching can be viewed at the web page https://openairbiblepreachersuk.wordpress.com 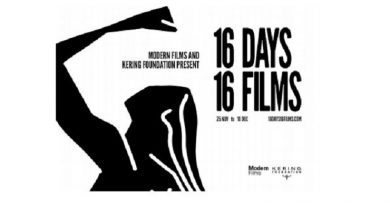