People are outraged on behalf of the Kardashian sisters after a picture of their three young daughters prompted racist comments on social media.

The photo of the babies, all born within four months of each other, received more than seven million likes and thousands of comments – however, many were derogatory and targeted the skin colours of the girls and their looks.

Trolls commenting on the photo said that Khloe Kardashian’s daughter True was too “dark,” while others criticised the appearances of each of the babies, all under a year old.

“I hate that True is so dark, the other two are a nice mix… she’s a cute kid, just too dark.”

“They’re not pretty kids that’s for sure,” read another comment.

In response to the hateful comments, fans of the Kardashians have defended the babies and condemned the abuse on social media. One person said on Twitter, alongside screenshots of the offensive comments.

“These babies are beautiful and innocent. For those leaving disgusting racist comments, you need help. It’s wrong,”

“Hate this so much. And the irony is that babies aren’t capable of racism until someone points it out to them.”

“Awful comments. How can people be so cruel? You should be ashamed of yourselves. All three are absolutely beautiful. As a parent I can’t even imagine reading some of these comments, it’s beyond disgusting,” 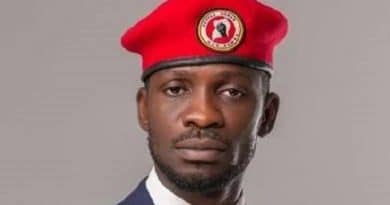 Why President Museveni should wine with Bobi – by Martins Agbonlahor