Through partners, Open Doors has set up sewing schools in remote villages in central India where persecuted women can learn tailoring skills for free. After graduating from the school, most of the ladies are able to earn a living by working in tailor shops. Some even start their own businesses.

Deepa is from a Hindu background. When she became a Christian she faced opposition from her family and village. “I was extremely disheartened,” she said. “Many times I even considered returning to my old faith.”

“The people in our old village falsely testified to the police that my husband was a Naxalite member [armed revolutionary group advocating Maoist communism]. He was locked up in prison. This is a serious offence and I doubted I would ever see him free again. But I learned from the book of Matthew that if I prayed unceasingly God could release my husband from prison. So I continued to pray.”

After nine months in prison Deepa’s husband was released. They moved to another village but the persecution followed them. Thanks to the sewing school, Deepa has been encouraged to stand firm in her faith. “Many times I considered returning to my old faith,” she said. “But I am so glad now.”

“This is more than a tailoring centre,” said another student, Neeta. “Every day we begin our morning with singing and then hear from the word of God. We also share our prayer concerns and then pray for each other. The time spent here refreshes us and gives us strength to move ahead in our spiritual lives despite the difficulties we face.”

Shikha works as a teacher in the centre. She said: “I know some women who are constantly beaten by their husbands. Many of them work alongside their husbands as daily wage labourers and have minimal family income. These families are often living in destitute conditions. Before we start our training we discuss our problems and seek strength from the word of God. It is amazing how God has used this centre to minister to these sisters.”

“Tailoring is a very good option to earn a living, especially for the ladies from villages,” said Neeta. “Many times I wanted to learn, but whenever I inquired at some training centre, the fee was too high and I couldn’t afford it. When I heard that this centre teaches for free, I came here and enrolled myself. I thought I would just learn how to sew. I had no idea that I would also be spiritually nurtured.”

Most persecuted Christians in India come from a rural background and struggle to get a job. Day labourers earn less than 100 rupees (£1) per day but Christians are even regularly passed over for these jobs. They and their families will live in deep poverty. Often, no one, except other Christians, wants to talk to them.

India is number 11 on the Open Doors World Watch List. The Indian government is led by the Hindu nationalist Bharatiya Janata Party (BJP). They believe that being a Hindu is part of Indian identity and frequently turn a blind eye to attacks on those of other faiths. Rashtriya Swayamsevak Sangh (RSS) is a militant Hindu nationalist group linked with the BJP. They have stated that they want to see India free of Christians and Muslims by the end of 2021.

Open Doors partners estimate that almost 24,000 Christians were physically attacked last year because of their faith.

Converts from a Hindu background bear the brunt of the persecution in India and are constantly under pressure to return to Hinduism. Radical Hindu groups are increasingly enjoying impunity when they harass Muslims or Christians. As a result, the level of fear and uncertainty among the majority of Christians is increasing.

Are celebrity Christian influencers dumbing down the church? 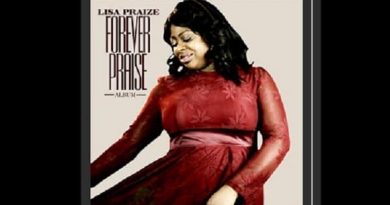