Saudi Arabia has blamed the killing of journalist Jamal Khashoggi on a “rogue operation”, giving a new account of an act that sparked a global outcry.

Foreign Minister Adel al-Jubeir told Fox News “the murder” had been a “tremendous mistake” and denied the powerful crown prince had ordered it.

The Saudis, under intense pressure to explain Khashoggi’s whereabouts, have offered conflicting accounts.

They initially said he had left the consulate on 2 October – but on Friday admitted for the first time he was dead, saying he had been killed in a fight. This claim met widespread scepticism.

Turkish officials believe Khashoggi, a prominent critic of the Saudi government, was murdered by a team of Saudi agents inside the building and say they have evidence to prove it.

How has the Saudi version of events changed?

Adel al-Jubeir’s comments, describing the incident as murder, are some of the most direct to come from a Saudi official.

“The individuals who did this did this outside the scope of their authority,” he added. “There obviously was a tremendous mistake made, and what compounded the mistake was the attempt to try to cover up.”

The minister also said that Saudi Arabia did not know where the body was and insisted the action had not been ordered by Crown Prince Mohammed bin Salman, seen as the country’s most powerful figure.

“Even the senior leadership of our intelligence service was not aware of this,” he said, calling it a “rogue operation”.

However, Yeni Safak, a media outlet close to Turkey’s government, says it has information showing that the office of the crown prince received four phone calls from the consulate after the killing.

Reuters news agency reported on Sunday it had spoken to a Saudi official who said Khashoggi had died in a chokehold after resisting attempts to return him to Saudi Arabia. His body was then rolled in a rug and given to a local “co-operator” to dispose of.

A Saudi operative then reportedly donned Khashoggi’s clothes and left the consulate.

Separately, CNN quoted a senior Turkish official as saying a Saudi agent had been captured on surveillance footage dressed as the journalist.

The video appears to show the man leaving the consulate by the back door on the day the journalist was killed, wearing Khashoggi’s clothes, a fake beard and glasses, CNN said.

In another development, Turkish police found a car belonging to the Saudi consulate left in an underground car park in Istanbul. The police asked prosecutors and Saudi diplomats for permission to search the vehicle.

Saudi Arabia admitted for the first time on Friday that the journalist had died, suggesting he had been killed in a fight with some of the people he was meeting inside the consulate.

Until this point the authorities had maintained that the Saudi critic was last seen leaving the building alive.

What is Saudi Arabia doing about it?

Officials say they have arrested 18 people, sacked two aides of Mohammed bin Salman and set up a body, under his leadership, to reform the intelligence agency over the killing.

Both King Salman and the crown prince called Khashoggi’s son, Salah, on Sunday to express their condolences over his death, the Saudi Press Agency reports.

Salah Khashoggi resides in Saudi Arabia and had reportedly been barred from leaving the country to visit his father who was living in self-imposed exile in the US.

Meanwhile, Jamal Khashoggi’s fiancée, Hatice Cengiz, who raised the alarm about his disappearance after waiting for him for hours outside the consulate, was given 24-hour police protection, Turkey’s Anadolu news agency reports.

How has the world reacted?

“One cannot help but wonder how there could have been a ‘fist fight’ between 15 young expert fighters… and a 60-year-old Khashoggi, alone and defenceless,” he wrote in Yeni Safak newspaper.

“The more one thinks about it, the more it feels like our intelligence is being mocked.”

President Erdogan said he would reveal the “naked truth” of the matter in parliament on Tuesday.

US President Donald Trump earlier said there had been “deception” and “lies” in Saudi Arabia’s explanation, having previously said he found their narrative to be credible.

The UK, France and Germany expressed shock at the death and demanded a full explanation.

He acknowledged Britain’s close security links with Saudi Arabia but warned that London would “act accordingly” if “the appalling stories we are reading turn out to be true”.

But several of Saudi Arabia’s regional allies – including Kuwait and Egypt – have come out in its support.

Where is the investigation now?

Turkish investigators say they have audio and video evidence which shows Khashoggi was killed by a team of Saudi agents inside the consulate.

Police have searched the nearby Belgrad forest in Istanbul where they believe the body may have been taken.

Both the consulate and the residence of the Saudi consul have been searched. 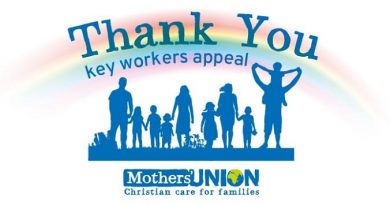 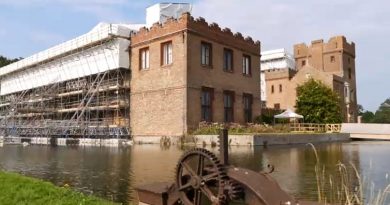