Look at just about any ranking of the world’s airlines, and you’ll likely find Irish ultra-budget carrier Ryanair positioned near the bottom, perhaps somewhere between Korean Air and Pakistan International Airlines.

On a flight set to take off for London from Barcelona, an older white guy was filmed by a nearby passenger ranting against an elderly black woman, calling her a “stupid, ugly cow” and an “ugly black bastard.”

He demanded she leave his row or he would physically remove her, and he also told her not to speak to him in a foreign language, even though she wasn’t.

Here’s just a snippet of what went down:

What did Ryanair ultimately do? Nothing. Except move the lady to another seat and allow the codger to fly to his destination and luxuriate in row all to himself. This, even as other passengers urged the crew to remove him from the flight.

One passenger said that,

“after the black woman was verbally assaulted, dehumanized, moved… the flight attendant took it a step further and went back to console the abuser.” His response was basically: I’m fine now that she’s gone.

Once the video, which has now garnered 5 million views on Facebook spread across the internet, a #BoycottRyanair backlash ensued. Among those leading the charge on Twitter was this Labour Party lawmaker:

He wasn’t the only one, of course. By Monday, the response had gone viral:

Here’s what the woman had to say about the experience:

David Lawrence, a 56-year-old London-based musician, is the one who captured the video. He told CNN it was “absolutely disgusting” and offered his thoughts.

“If that was another situation where that was a black man doing that to an elderly white woman, they would have escorted him off the flight,” Lawrence said. “He probably would have ended up in a Spanish jail even today.”

Ryanair hasn’t said a whole lot about the incident, as you can see by this tweet: 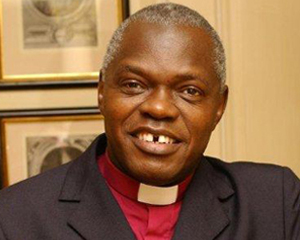