A Christian woman is launching a new project to give domestic abuse victims access to free counselling.

Ihu Nweke, 41, from Loughton, will launch the Behind The Mask project this week as part of Domestic Violence Awareness Month.

The mum of three, whose own marriage was saved partly due to counselling, wants to help couples on a limited income to access counselling services that could save their marriages.

Ihu, who has been married for 13 years, said her own marital problems inspired this project.

“We used to argue a lot and our conversations got very heated. We had disagreements that would lead to verbal abuse which was inappropriate with children around. We didn’t know how to communicate.

“I felt lost and desperately wanted us to find help but couldn’t find any, and when I did, we couldn’t afford it. I even considered leaving.

“We’re a Christian family and we were happy most of the time but when we argued, it was awful. It made me think about others in worst situations than us.”

The couple found an affordable counsellor who helped them to tackle their communication issues. They invested time to work on their marriage and things are better.

As a result of her own experiences, Ihu decided to launch Behind the Mask to help people to build strong, happy marriages.

She has partnered with counsellors who will either provide their services for free or subsidised.

The project was launch with a themed gala event on Saturday 27 October at De Vere Hotel, Theobald Estate in Cheshunt.

“Domestic abuse is a taboo subject that no one wants to discuss.  However it is present in all walks of life and socio-economic classes.

“I know that abuse can cause significant damage and longterm effects. That’s why I’m launching Behind the Mask. I would like to offer ongoing help and support to Domestic Violence survivors and their families because the family is still the best place to raise future generations. If we get that right, there will be less broken people out there hurting people and there will be a reduced strain on public services from the NHS to the police.”

“Domestic violence is not only against human law, it is against God’s design and law. God has asked us to love one another as ourselves. In Romans, Paul even said that love does no harm to a neighbour and love is the fulfillment of the law.”

For more information about Behind the Mask, visit www.cedarcube.com 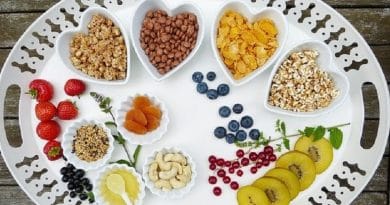 Get set for the Veggie 123 Challenge: National Vegetarian Week