Knowing the Portuguese word for apple, the host city of 2024 Summer Olympic Games or the name of Ashleigh Butler’s dog from Britain’s Got Talent* are not usually morsels of knowledge which put churchgoers at an advantage.   But last Saturday quiz teams had to dig deep into their reserves of trivia in a bid for victory at Tearfund’s first Big Quiz Night.

In the name of fighting poverty, over 22,000 people from South Wales to the Shetlands, Bournemouth to Belfast, pitted their wits against each other as more than 500 British churches hosted their own Big Quiz Night.  Quiz-goers were encouraged to make a suggested £5 donation to take part, with funds going towards Christian international relief and development charity Tearfund’s work in over 50 countries around the world.

St John’s Church, Neville’s Cross, Durham, was one of many who linked up to Tearfund’s online dashboard on the night, which displayed the number of attendees nationwide.  One of their participants enthused: ‘The totaliser wowed everyone and they all said how it was wonderful to feel part of something that we were doing all together across the nation!’

Churches were supplied with a resource pack, including a ready-made film in which Tearfund ambassadors presented the questions, meaning groups large and small were able to take part on an equal footing.  Categories included general knowledge, food and drink, geography, film and TV, sport and music, and were conveyed with help from rap artist Guvna B, baker Tom Herbert, Olympic rower Peter Chambers and MP Stephen Timms.

Tearfund’s Fundraising Director Jane Pleace commented: ‘We wanted to make life easy for churches large and small by presenting them with a ready-made way to have an evening of fun.  Hundreds responded and thousands of people were entertained, in groups ranging from four to over 160. Tearfund will be able to use the funds raised to bring transformation to the lives of people like Areej from Syria, who has been living in a tent in a refugee camp in Lebanon with her family for seven years.’  Jane added: ‘Churches who like to plan ahead may want to keep Saturday 16th November 2019 free for next year’s Big Quiz Night!’

To register your interest for The Big Quiz Night 2019, visit https://www.tearfund.org/en/about_you/fundraise/the_big_quiz_night/ 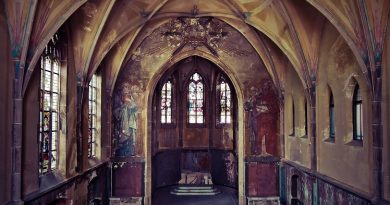 Are We Held Accountable for the Sins of Our Forefathers?