Lebo talks to Keep The Faith about performing for the first time in Gospel Goes Classical South Africa, performing with Todd Dulaney in London, faith and the love of God

On an ordinary night, an extraordinary event occurred in Johannesburg, South Africa. It was Gospel Goes Classical – Africa Worship Edition, featuring artists from South Africa, Nigeria, Swaziland, Ghana and the Return of US gospel artist, VaShawn Mitchell. For almost two decades, the Gospel Goes Classical brand has made musical history as one of the most innovative and wonderful syntheses of musical styles that blends gospel and classical – a viral combination that has captured the imagination of the world! Gospel Goes Classical has featured Juanita Bynum, Jonathan Butler, Donnie McClurkin, Dorinda Clark Cole, Kurt Carr and Richard Smallwood.

Five years ago, South African music lovers were introduced to an event called Gospel Goes Classical (GGC). Although the concept had already been done elsewhere around the world, it was the first of its kind in this country. The event has since continued to grow in size and popularity. Over the years, many musical legends have graced the SA Gospel Goes Classical stage. These include the likes of Jonathan Butler, Bishop Benjamin Dube, Dr Rebecca Malope, the late Sfiso Ncwane, and many others.

This year’s event took a slight turn; it was, for the first time ever, focused on Africa and its music. It was simply dubbed Gospel Goes Classical – Africa Worship Edition. The line-up was just as impressive as in previous years, and included VaShawn Mitchell, Joe Mettle, Ntokozo Mbambo, Yvonne May, and a host of many other talents. Says VaShawn: “Gospel Goes Classical was an amazing experience for me. The opportunity to collaborate with artists from Africa was the highlight of the recording for me. They taught me a song in Zulu as well. The energy and worship experience in SA is second to none, and will be felt through this DVD recording. Looking forward to the release and working with these amazing artists again.”

The event also took the unusual step of giving several talented up-and-coming artists the platform. Among those on the bill was one of South Africa’s fastest rising gospel stars: Lebohang Kgapola (Lebo). One of her major breakthroughs was when she recorded a single with Todd Dulaney. This also allowed her to join him on stage recently in his first London concert. We caught up with her to ask her a few questions about her experiences with Gospel Goes Classical and her musical journey in general.

Keep The Faith (KTF): When you first heard you were going to be part of GGC, what was your reaction?

Lebo: I was very excited, but also a bit nervous, as I wondered how it would sound classically, since my musical genre is more of soft rock/contemporary gospel.

KTF: What did it mean to you to minister at GGCSA?

Lebo: It meant that people who don’t know about Lebohang Kgapola (me) and Christ Revealed (my debut album) would now show interest in me and my album, so this (event) will definitely take the gospel of Christ Revealed further. It also meant really sticking to song structure, because this is classical, and everything is arranged. This left very little or no room for free flow or anything of that sort.

KTF: Tell us your experience working with an orchestra for the first time. Were you nervous?

Lebo: Yes, definitely nerve-racking. The orchestra is very intimidating, in the sense that it’s classical: a very disciplined, structured kind of vibe.

KTF: On the evening, what was the experience like on stage?

Lebo: Being on stage is always a joy for me. It’s always an outpouring of what I do privately. It’s an expression of my love to God, of course keeping in mind that now it’s in front of people, so it’s either they join in the feast by singing along, or by sitting back and being ministered to. What makes it more pleasant is when people join in, in this expression of my love to God.

KTF: Any advice you can give to any artist who is going to do GGC for the first time?

Lebo: You’re called or brought in because of what is seen in you. Remain confident and comfortable with who you are, your ministry and your art.  GGC is a great platform to introduce your music to an audience that possibly could not have known of you, so use the platform well to further the Gospel of Jesus Christ, the One we profess in our music.

KTF: Now, you recorded a single with Todd Dulaney, live in Cape Town, and also got to perform with him in London. This must have been very exciting for you. Please tell us about your experience.

Lebo: Performing with Todd proves how God’s ways are higher than ours. Prior to the recording with Todd, I had opportunities to minister in the States, but my US visa had just been denied twice. So obviously I was disappointed and discouraged, and then the opportunity to feature on the African Edition of Victory Belongs to Jesus with Todd presented itself. So, every time I sing on a stage with Todd, the song becomes so real at how God can turn things around for us. If I can’t go to the US, then He’ll bring the US to me. That’s the God I serve.

KTF: Any touring plans for you now?

Lebo: Yes, I’m starting with my Christ Revealed national tour in November this year. It starts in my home town of Witbank, then goes to our country’s capital city, Pretoria. Other cities will be announced soon thereafter. I also have invitations to perform in London and in Wales in February 2019. In April, I will be joining other SA leading artists for the annual Gospel Cruise. And I have been considered to perform at SXSW in the US in March. Praying and hoping that one works out too.

KTF: Anything else you may want to share with our readers across the world?

Lebo: There are still platforms that allow for the Gospel of Jesus Christ to continue to be proclaimed through songs. I pray that the Holy Spirit is the One who influences every decision made concerning GGC. If it’s about God, let everything that’s done on the night of the recording be ordered and inspired by Him.

With Africa not short of musical talent, GGC is set to continue bringing the whole continent together. This year alone, several other African countries were represented in the event, including Nigeria, Ghana and Swaziland. Acclaimed Nigerian singer, Yvonne May, said: “Gospel Goes Classical 2018 was all things heavenly. The orchestra, the choir, were just amazing, and to have my songs played with such a big orchestra just gave me a glimpse of heaven. The opportunity to share the stage with great artists was overwhelming, and to see hearts of worshippers come together was surreal. I would do this over and over again, whenever given the opportunity.”

As the focus now turns to GGC 2019, one can only expect nothing but the best in music that the world has to offer. Perhaps it could be best summed up by Ghana’s Joe Mettle: “It was an awesome night filled with the power of God. Great atmosphere, exciting audience. We praised, worshipped, danced and celebrated the Lord for His goodness.” 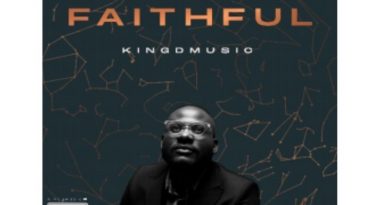 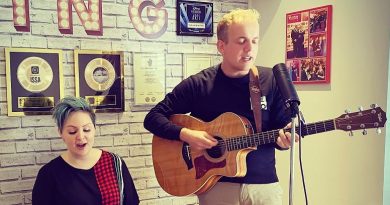 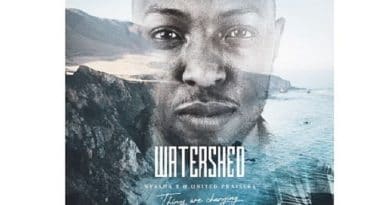