“When a disaster strikes, Mission Aviation Fellowship (MAF) responds quickly with air transportation, emergency communications, logistics support and experienced personnel. We use our skills to get the right people and the right cargo to the right place at the right time, enabling our partners to respond well in remote, insecure and inhospitable locations. We are the missing piece that enables agencies to bring whatever is needed – medicine, shelter, food – to disaster victims. The end result is that people who have seen devastation can be saved and helped. MAF is a critical partner that allows disaster response to happen.” This is the first-hand experience of MAF’s Global Response Manager, John Woodberry, borne out of more than twelve years of responding to disasters around the world.

Following a career in United Airlines, John felt a strong sense of calling to use his gifts and abilities in service to the Lord. He joined MAF in 1993 as a pilot engineer in Kalimantan, Indonesia. Later, he was asked to take on the Global Disaster Response role in 2006 in the aftermath of the Indonesian Tsunami disaster two years before.

Responding to disasters around the world is a key part of MAF’s mission to share God’s love through aviation, so that isolated people may be physically and spiritually transformed. Over many decades, MAF has responded to numerous disasters, from the Ethiopian famine and the Rwandan genocide, to more recent major responses including the Haiti and Nepal earthquakes, Hurricanes Irma and Maria in the Caribbean, and this year the earthquakes in Papua New Guinea and the Ebola outbreak in the Democratic Republic of the Congo.

Most recently, the MAF Disaster Response team were in Sulawesi, Indonesia, responding to the earthquake and tsunami in late September, which claimed the lives of more than 2,000 people and left thousands homeless. The MAF team worked in partnership with Ethnos360 Aviation and Helivida to operate two Kodiak airplanes and one helicopter, giving them the ability to reach towns and villages that had seen significant destruction, as well as the more remote areas where people were suffering. In response to this disaster, the aircraft have flown over 230 flights, more than 650 passengers, and in excess of 45,000 kg of cargo – including medical equipment, food and other essential supplies – to those desperately in need.

With 70 years of experience, programmes in more than 30 countries, and a fleet of over 125 aircraft, MAF is strategically positioned as a first responder to assist with the urgent transportation and communication needs immediately following a disaster.  As the world’s largest humanitarian airline, we offer a global footprint to the 2,000 agencies we serve, and many organisations depend on us as a crucial partner in rapid disaster response.

One of the key services MAF can offer from the outset is aerial assessment and surveys, where a plane will fly around an area of disaster, taking photos with embedded GPS information, which we can then pass on to relief agencies looking to respond. This enables them to assess the scale of the need and make informed decisions as to the immediate action needed.

John explains more about how MAF gets involved in responding to a disaster. “We pay attention to what’s going on in the news, and follow disaster websites. MAF is blessed to have a network of partners across the world, who share information from the ground and who we work together with when a disaster happens. If we need to respond we can get people and aircraft moving within 24 hours. Flight, logistic and communication support can then be provided rapidly to agencies preparing to travel to remote areas where there’s a critical need for life-saving operations. “

Faith underpins all that John and the Disaster Response Team do: “The greatest challenge is coming into an unknown situation. You’re in a new environment, with new challenges and new needs. So, the first thing you’re going to do is pray and ask God to give you wisdom. You’re seeing people with urgent needs, and the question on your heart is ‘How can I help these people?’ God give me the strength to love, care and do the right actions in a rapid way.” And this, with God’s help, is what MAF is doing.

Hear more about MAF Disaster Response from John at www.maf-uk.org/magazine. 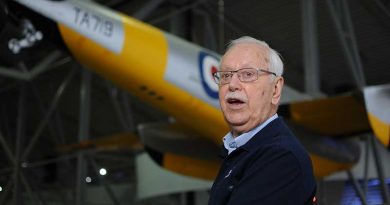 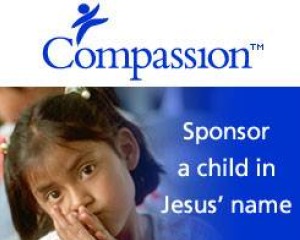 An Infectious Outpouring of Love

A Missionary Saint by Gary Clayton