Let’s get back to pursuing holiness

My pastor recently finished a sermon series entitled ‘Pursuit of Holiness’. Whilst listening to his three sermons, they took me back to my days as a young Christian, when preachers preached hard about holiness – of the inward and outward kind.

Back in the day, Black Pentecostal churches were renowned for being strict when it came to appearance. You had to look holy, so Christian women couldn’t wear make up or jewellery, neither could they wear trousers, short skirts, low-cut clothes or tight dresses. Men were required to dress soberly, which meant they wore suits. Tight t-shirts, tight trousers and unbuttoned shirts worn with medallions were definitely frowned upon.

Holiness in the ol’ time church was more than just the clothes people wore, though the perception is that it wasn’t. Christians were expected to be disciplined in their spiritual lives, ie. attend church regularly, fast and pray, and live according to biblical directives.

There were no grey areas in the ol’ time church, so there was no sex before marriage; couples were expected to marry for life; divorce was frowned upon – as was remarriage – and believers were expected to forego anything – whether it was work, job, friends, family, education or money – that would keep you away from God.

Living for God and being holy was everything. I remember Psalm 51, 1 John 1:8-10 and Isaiah 6 being my go-to Scriptures if I felt I had failed God or sinned in some way. Others would cry, be especially penitent, or fast for several days.

For the past 15 years or so, there has been an overemphasis on Christians being successful and achieving their dreams. This is kinda understandable. It’s a reaction against the strictness of some churches, which could be condemnatory against those who desired to be successful or wanted to pursue personal ambitions. Though legitimate, these desires were not approved by church leaders.

Marry this overemphasis on success with a Christianity that is very much influenced by contemporary culture, and the result is a lack of interest in being holy. However, we serve a God who calls us to be holy and set apart for His use.

If we want to reach this world for God, and see transformation in our lives and those of others, then we need to pursue holiness. Without it we won’t see God, nor be as effective in bringing about the change in ourselves and the wider community that we would like to see.

Reversing the Exodus from our churches

I recently read a FB post asking the question: ‘Church drop-outs, why did you stop going to church?’ The answers were fascinating. Some reasons were laughable, some understandable, some cringeworthy – and some tragic.

Amongst the many reasons cited were: seeing Christianity as a cult; viewing Christianity as a tool used to oppress Black people; fake Christians and pastors; too many women in church; pastors asking for money too many times during services; judgemental Christians; a seeming lack of concern for important community issues… The list goes on and on.

The ironic thing is that Christians themselves criticise the Church for the same reasons given above, too.

In response to the answers, the Church (lay members and leaders) should ask themselves: ‘What is the Church going to do to address people’s concerns and stop members leaving through the back door?’

Acts 6 records an incident in the early churches, when the Hellenistic Jews complained to the Apostles that, during the distribution of food, their widows were being overlooked in favour of widows from the Hebraic Jewish community. In response, the Apostles appointed seven men to cater for the social needs of the growing church, to bring an end to the partiality being shown towards one particular group.

In today’s PR language, it could be said that the apostles implemented damage limitation control; they dealt with the issue before it became a liability. The modern church could learn from this example.

It’s tragic that the powerful, inspiring, life-transforming message of the Gospel gets obscured by church politics, uncaring believers and hypocrisy.

However, I sincerely believe if church leaders made more of an effort to deal with some of the concerns that cause people to leave church, more people would stay. And more people would be interested in becoming Christian. Selah.

Words are powerful. They can change the course of a nation, encourage, put down, strengthen, weaken, bring peace, cause war, inspire love and much more.

The Bible demonstrates the impact of a spoken prophetic word in Ezekiel 37, where the Lord leads the prophet to a valley of dry bones, and asks him if the bones can live. Ezekiel rightly replies: “Sovereign LORD, You alone know.”

The Lord then tells Ezekiel to prophesy to the bones, and miraculously they begin joining together to form a human skeleton covered with skin. Ezekiel was then told to speak life to them, and they became a living, vast army.

Now, if the word of prophecy can bring life to dead bones, can you imagine the effect our spoken, spirit-filled words can have on our lives, our ministries, our business, our families, our futures?

Let’s aim to speak words that bring life, hope and love. God created the world through the power of His Word, and we have the power through our words to transform our environments. So let’s just do it. 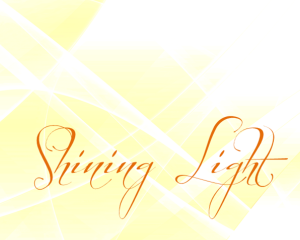 Keep Your Light Shining for God