Michelle Obama has said she still feels “impostor syndrome”, adding that “it never goes away”.

Mrs Obama was speaking during her return to Elizabeth Garrett Anderson School, an all-girls school in north London she previously visited in 2009.

There she recalled how the Queen had dismissed royal protocol as “rubbish” when the Obamas visited Windsor Castle.

She said she was panicking about how to act but the Queen said: “Just get in”.

More than 40,000 people had reportedly tried to get tickets online when the event went on sale.

And last month, her memoir became the best-selling book released this year, just 15 days after being published.

Mrs Obama also spoke to an audience of 300 students at Elizabeth Garrett Anderson School in Islington as part of her book tour.

She first visited the school during the G20 summit nine years ago, when she had only been first lady for a few months.

Asked how she felt to be seen as a “symbol of hope”, Mrs Obama told students:

“I still have a little [bit of] impostor syndrome, it never goes away, that you’re actually listening to me.

“It doesn’t go away, that feeling that you shouldn’t take me that seriously. What do I know? I share that with you because we all have doubts in our abilities, about our power and what that power is.

“If I’m giving people hope then that is a responsibility, so I have to make sure that I am accountable.

“We don’t have any choice but to make sure we elders are giving our young people a reason to hope.”

Impostor syndrome is a term used to describe feelings of insecurity or self-doubt, despite there being no evidence to support such a belief.

During the event at the Southbank Centre, Mrs Obama also recalled her and President Barack Obama’s visit to meet the Queen.

“I had all this protocol buzzing in my head and I was like ‘don’t trip down the stairs and don’t touch anybody, whatever you do’.

“And so the Queen says ‘just get in, sit wherever’ and she’s telling you one thing and you’re remembering protocol and she says ‘Oh it’s all rubbish, just get in’.”

Mr Obama served two terms in the White House. Mrs Obama is a lawyer and has led charity initiatives including Let Girls Learn, to promote education for girls around the world.

Her wisdom for young women?

Mrs Obama also described her experience of black women being caricatured, saying: “The size of our hips, our style, our swag, it becomes co-opted but then we are demonised.

“My advice to young women in that you have to start by getting those demons out of your head. The questions I ask myself – ‘am I good enough?’ – that haunts us, because the messages that are sent from the time we are little is: maybe you are not, don’t reach too high, don’t talk too loud.”

The former first lady said this was true for women and working-class people, and “profound for women of colour”, as people in power tried to make them feel they did not “belong”. 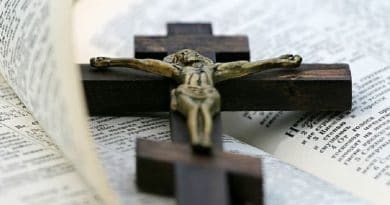 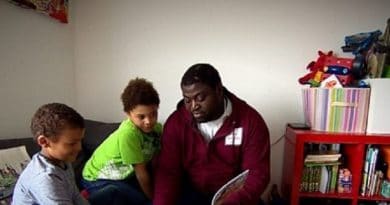 ‘Why I write stories for my mixed-race sons’