The Bach Choir outreach programme, ‘Vocalise!’ this year involves almost 1,000 school children who sing for the joy of singing.

Pressures faced by teachers and head-teachers have been huge over the last few years. Recently the Office for National Statistics (ONS) has suggested that 10% of children aged 5-16 years have a mental health problem. And Youngminds, the Children’s mental health Charity, says nearly one million children now have mental health problems such as depression and anxiety and numbers keep rising.

How is this linked to singing? With curriculums squeezed and an ever greater focus on purely academic subjects the arts are being lost along the way. One must ask if singing and other art subjects might not help to combat rising stress levels in our children?

Feedback comments from pupils and teachers about The Bach Choir’s Outreach programme would seem to endorse the view that singing lessens anxiety and pressure:

In the 2017-18 season Vocalise! (The Bach Choir’s outreach programme) delivered singing workshops to 490 children in Years 4 and 5 across 7 schools in the Tri-borough.

“I like learning new songs and singing with The Bach Choir” – Year 5 pupil, 2018

“Everyone is really friendly, I loved it all and I cannot choose one thing I did not like” – Year 5 pupil, 2018

“It was amazing, fantastic, awesome! Children should do this more often” – parent after 2018 Joseph concert

“Our ‘Vocalise!’  Programme is now established as an outstanding example of spreading the skill and enjoyment of singing as widely as possible.  Since 2010 volunteers from The Bach Choir have come together to sing with primary school children in London in workshops, rehearsals and performances. And it’s brought us as much joy as the children.”

“Preserving the UK’s choral music heritage is an important part of our mission. Every season we run an Outreach programme with a number of London primary schools, aimed at introducing their older pupils to choral singing. This programme involves a series of workshops and group rehearsals and culminates in a concert, with the Choir, in central London. Unusually among London choirs, we involve members in Outreach workshops and rehearsals, as well as in the end of season concert. While involvement in Outreach is not compulsory, we encourage members to participate and hope that as many as possible will do so.”

“Besides the pleasure of introducing choral music to hundreds of school pupils and broadening their cultural vision we are also building a future audience for the Choir and for our kind of music. If we don’t do this who will?”

The 2017-18 school year ended with a performance of Joseph and the Amazing Technicolor Dreamcoat by Andrew Lloyd Webber and Tim Rice in Hammersmith Town Hall on 29th June. The theme of the concert was Colours in Music and, as well as Joseph, featured items as varied as Blue Suede Shoes and Greensleeves.

Read more about Joseph and the Amazing Technicolor Dreamcoat (PDF).

In June 2017 the Choir graced the stage of St John’s Smith Square with more than 250 children to perform The Pied Piper of Hamelin by Ian Assersohn, the winning entry to our 2016 Composers Competition, as well as other songs and music on the theme of animals.

In June 2016 The Bach Choir put on a spectacular show in Central Hall Westminster. The Choir was joined by children from eight primary schools, The Young Singers, and a jazz band to perform a special commission from composer Will Todd and poet Michael Rosen themed on London: Lights, Stories, Noise, Dreams, Love, and Noodles. Listen to a live recording of the evening.

And back in 2012 we took out Outreach programme to the BBC Proms in the Royal Albert Hall, with a world premiere performance of Bob Chilcott’s The Angry Planet.Over 250 school children sang alongside The Bach Choir, BBC Singers and the National Youth Choir, conducted by David Hill.

Over a century of song

Founded in 1876, The Bach Choir is recognised as one of the world’s leading choruses, building upon a tradition that combines musical excellence with creativity and innovation. From the first performance in Britain of Bach’s Mass in B minor to the soundtrack for Ridley Scott’s 2012 epic Prometheus, our musical heritage is as rich as it is diverse.  Directed by David Hill, one of the country’s most eminent conductors, we regularly perform and record across London and the UK in prestigious venues, from the Royal Albert Hall to Abbey Road Studios.

Described by the London Evening Standard as ‘probably the finest independent choir in the world’, we value the freedom that our independence brings, allowing us to work with the very best conductors, orchestras, and soloists, and to choose the music we perform. To date we have sung over 200 works in more than 80 venues, and continue to share our work with audiences around the world.

From oratorio to film scores and from St Paul’s Cathedral to Sydney Opera House, our repertoire – which covers works from the 16th century to the present day – celebrates the power that music has to connect us, to take us beyond ourselves, and to spark our imagination. Our work has an emotional intensity that only a large choir can evoke.

A list of notable names
It is our people who define us. Sir Charles Villiers Stanford, Ralph Vaughan Williams, Sir David Willcocks: these are just a few of the eminent musicians that have played a part in our history and created the musical pedigree that we build upon today. With HRH The Prince of Wales as our Patron, John Rutter as our President, and David Hill as our Musical Director, our performances and recordings go from strength to strength.  Our Accompanist/Assistant Conductor is Philip Scriven, who is widely regarded as one of the finest organists of his generation, and highly respected as a conductor.

A choir for the 21st-century
The Bach Choir has always been and continues to be characterised by the commitment of its members. With over 220 talented singers coming from all walks of life, an international touring schedule, and an outreach programme that takes our passion for music into inner-city schools, we are an active community performing, recording and sharing music for everyone to enjoy, whatever their age or background. 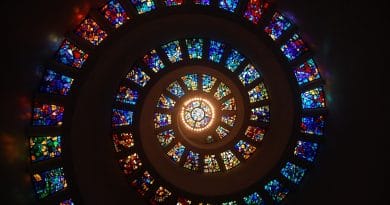 New report is critical of the term “Spiritual Abuse’ as well intended, but not fit for purpose 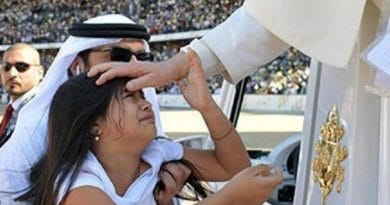 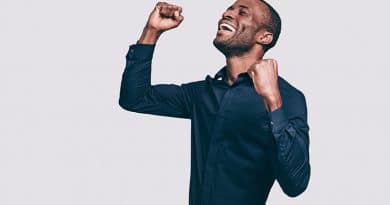