Controversial South African artist Ayanda Mabulu has been arrested outside the Johannesburg Stock Exchange (JSE) for displaying a painting of disgraced Afrikaner businessman Marius Jooste being given oral sex by a black woman, local media reports.

The painting also depicts a naked Eugene Terreblanche, an Afrikaner supremacist who was killed in 2010, superimposed on Nazi swastikas.

The artwork was hung outside the JSE, with heads of pigs placed at the bottom, News24 reported.

Money was stuffed in the mouths of the pigs, and was also strewn on the floor, it added.

Police have not given a reason for the arrest.

Earlier, Mabuyu’s spokesperson said the JSE would be “a perfect new home” for the sexually explicit artwork.

“His painting has been inspired by the hold white monopoly capitalism has had on South Africa namely the Steinhoff saga,”

Mr Jooste resigned as chief executive of global retail group Steinhoff about a year ago after it was accused of accounting irregularities. He denied any wrongdoing. 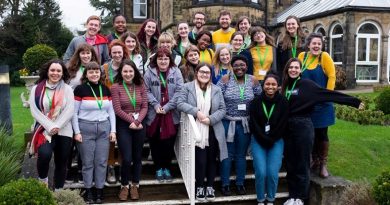