The NAACP has temporarily signed off Facebook and is calling on others to do the same due to the tech company’s “history of data hacks which unfairly target its users of color.”

In a week-long protest called #LogOutFacebook that started Tuesday, the civil rights organization will not post on the social media platform or the Facebook-owned Instagram. The NAACP said it also returned a donation it recently received from the company.

The organization is asking lawmakers to investigate the social networking giant after reports given to the Senate intelligence committee Monday showed Russians used Facebook posts in an attempt to suppress the African-American vote during the 2016 U.S. presidential election.

Sheryl Sandberg, Facebook’s chief operating officer, said in a statement Tuesday the company is committed to working with organizations on advancing civil rights on the platform and gave an update

“We know we need to do more,” Sandberg said. “[The] report includes areas where we can and should do better – and we’re working hard to address these concerns.”

Derrick Johnson, NAACP president and chief executive, told NBC News on Tuesday that he agrees with Sandberg that there is more to do.

“The audit is a good initial step,” he said. “Now it’s time to see whether or not Facebook is prepared to adopt the recommendations in the audit and make it a primary focus of how they shift their culture as opposed to the moment of media attention.”

Johnson said the voter suppression issue with the platform is deeper than Russia and election meddling.

“We think it goes far beyond a foreign nation seeking to use Facebook as a tool to promote racial hatred,” Johnson said. “We’re also beginning to look at whether or not there is the necessary diversity within Facebook corporate culture to make sound decisions around the sensitivities of African-Americans.”

Johnson also referenced Facebook’s hiring of a conservative lobbying firm that collected opposition research on civil rights organizations, for which Sandberg has taken a range of criticism.

“The mere fact that they hired an outside conservative consulting firm and that firm proceeded with doing reconnaissance type investigative stuff on colleagues [and] civil rights organizations gives us pause,” Johnson said. “That that has nothing to do with Russia. That’s a corporate culture that allows for such a group to be a consultant working on behalf of Facebook. That’s a problem and that problem needs to be addressed.”

The NAACP’s protest comes as nonprofit organizations and politicians are beginning to unite behind calls for more oversight of Facebook. Comedian Amy Schumer and The Sierra Club, an environmental organization, also joined the NAACP protest.

The Congressional Black Caucus said in a statement that it wants to speak with Facebook CEO and co-founder Mark Zuckerberg and leaders of other tech companies whose platforms were:

“weaponized about what they knew, and concrete steps they will implement to address future attempts at disinformation campaigns.”

Facebook has faced growing questions about its internal culture. A former Facebook manager wrote in a public memo in November that the company “has a black people problem,” citing the company’s lack of diversity and inclusion and that the company is ‘derailing conversations by black users’ on the platform by marking posts as hate speech. 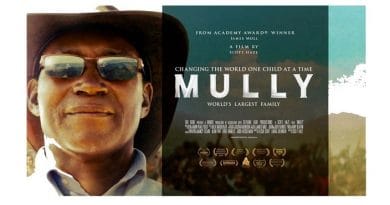 Award-winning docudrama ‘Mully’ to be released on Valentine’s Day