A family were left shocked to find their late elderly neighbour had left Christmas presents to give to their daughter for the next 14 years.

Ken Watson, who was in his late 80s, lived next to Owen and Caroline Williams in Barry, Vale of Glamorgan, for the last two years.

He died recently and on Monday evening, his daughter knocked on the Williams’ home to deliver the presents.

“She was clutching this big bag plastic sack and I thought it was rubbish she was going to ask me to throw out,”

“But she said it was everything her dad had put away for Cadi. It was all of the Christmas presents he had bought for her.

“It’s difficult describing it because it was so unexpected. I don’t know how long he put them away whether it was over the last two years or whether he bought them towards the end of his life.”

Mr Williams said they have opened one of the presents which was a book but were not sure what to do about the rest.

“We can tell there’s some books, there’s three or four soft toys, maybe some Duplo,”

In recent years he did skydiving, wing-walking and has completed parachute jumps, and he also played the accordion. 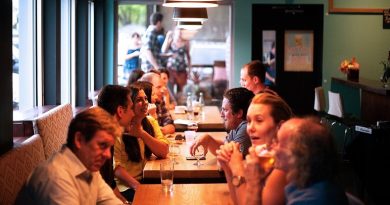