BBC Films has announced that Claudia Yusef has been appointed Head of Development. Joining from Number 9 Films, Claudia will be responsible for leading on BBC Films’ rapidly expanding development slate.

Reporting directly to Director of BBC Films, Rose Garnett she will work with a broad range of talent and producers, taking projects from early stage development right through to production. She will also work closely with colleagues across the wider BBC to create opportunities for talent to work across genre and platforms. Claudia takes up her role in January 2019 and will be part of the BBC Films’ management team.

Claudia joins an almost entirely new editorial team which also includes Development Executives, Sam Gordon and Dionne Farrell. With over ten year’s industry experience across development, script editing and production, Sam Gordon joined BBC Films in February 2018 from Baby Cow Films where he was a Development Executive. After graduating from University, Dionne worked as a runner in factual production, before becoming a Script Editor Trainee for BFI Film Fund. Since then she has worked at Pulse Films, Rooks Nest Entertainment,and most recently was Development Editor for Unigram. She has also script edited for Channel 4 Screenwriting. Dionne joined BBC Films in October 2018.

“I’m over the moon that Claudia is joining us. We’ve taken time to carefully build a talented and dedicated creative team at BBC Films and Claudia’s appointment marks the completion of that process and the start of an exciting new phase. We can’t wait for her to start.”

“Elizabeth and Stephen have been a joy to work with and I’m sorry to be leaving Number 9.This opportunity to work for such an august institution, as part of such a dynamic, inspiring team was irresistible. I’m absolutely thrilled to help develop the next slate of BBC Films.”

BBC Films’ Head of Production and Finance is Michael Wood working alongside Production Executive, Emma Kayee who joined in January 2018 from the BFI Film Fund. Business Affairs is led by Geraldine Atlee with Managers, Livy Sandler and Helen Giles and Assistant, Ruth Sanders.

BBC Films is at the forefront of independent filmmaking in the UK, developing and co-producing around 12 feature films a year. BBC Films has three titles at Sundance 2019: Sacha Polak’s Dirty God; Joanna Hogg’s The Souvenir; and Chiwetel Ejiofor’s directorial debut The Boy Who Harnessed the Wind. 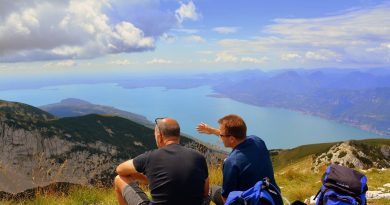 Leading with an Anti-Tribal Posture in Angry Times