New powers to control suspects thought to be carrying knives are being introduced by the government in a bid to cut rising violence.

Orders would target anyone in England and Wales aged 12 or over suspected of knife crime involvement, even if they are not caught with a blade.

The possession of knives has increased by almost a third in five years, figures released earlier this month showed.

It is already a crime to carry a blade in public without good reason – and there is a separate offence of taking a knife into a school.

The House of Lords is being asked to approve the proposed prevention orders as part of the government’s Offensive Weapons Bills.

If a court is convinced the police’s intelligence is probably right, it can impose sanctions including:

The prevention orders can also be imposed on someone convicted of carrying a knife, in an attempt to prevent them returning to their old ways.

Breaching an order would be a criminal offence punishable with up to two years in prison.

“Imprisoning a young person – as young as 12 years old – for two years for breaching this order is completely disproportionate,” she said.

The new powers come as it emerged a fifth of offences for possession or threatening with a knife in the year to June involved 10 to 17-year-olds.

The Crime Survey for England and Wales – a national rolling study of people’s experiences – found that almost 6% of children knew someone who has carried a knife.

“I will do everything in my power to tackle the senseless violence that is traumatising communities and claiming too many young lives,” Mr Javid said.

“The police already have a range of measures they are using to keep our streets safe, but there is more we can do to help them in this battle.”

But Enver Solomon, CEO of Just for Kids Law, said the government was “resorting to harsh headline-grabbing initiatives that won’t work”.

“This will do very little to address the underlying causes of knife crime and will push more young people into the criminal justice system,” he said.

Church of Scotland loses millions in a year 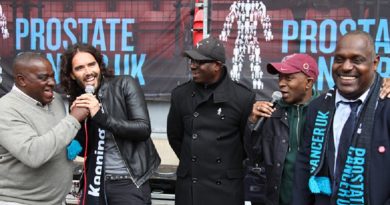