Lords of Chaos hasn’t even been released in the UK yet, but there are already calls for the film to be banned.

The movie, which stars Scream 4’s Rory Culkin, charts the ascent of Norwegian black metal band Mayhem, with Rory playing the group’s guitarist Euronymous. Mayhem were at the epicentre of the Norwegian black metal scene of the early 90s, but their reign was rife with controversy, death and crime. Lords of Chaos focuses closely on the story of the band’s frontman, Dead, who committed suicide, with his image and death subsequently used for publicity by Euronymous (his corpse appeared on the cover of one of the band’s releases). The film also features the scene’s preoccupation with church burning and includes two murders.

Now, church groups in the UK are calling for the release of Lords of Chaos to be abandoned, fearing that it glamorises suicide, self-harm and satanism. Speaking to the Telegraph, The Christian Institute even went so far as to claim that the movie promotes suicide among young people.

“Why do we spend so much time idolising the very worst in human behaviour?”

“In the current climate of concern over self-harm and suicide, you would have thought there might have been more consideration of the risk that vulnerable people might imitate what they see. The distributors [of Lords of Chaos] ought to be asking themselves if it is worth the risk.”

The Christian Institute’s call to ban the film follow recent concern over the ease with which young people can consume potentially triggering content relating to self-harm and suicide. Last month the government discussed the possibility of banning Instagram and other social media platforms over concerns that the suicide and self-harm content on those sites had contributed to the death of vulnerable teenager Molly Russell.

Lords of Chaos, which has already been rated an 18 after the British Board of Film Classification rejected a 15 certificate, is set to be released in UK cinemas on 29 March. 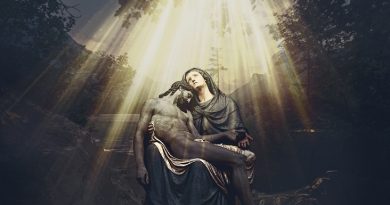 Are Churches Losing the Battle to Form Christians?