It has been over two years since the Sustainable Development Goals (SDGs) were signed off in New York. These 17 goals have an emphasis on tackling poverty, injustice and the growing environmental crisis, and set out the agenda for the next 15 years. They provide us with an opportunity to be outwardly focused, to face the global challenges, and to work together to bring about solutions. So it’s not surprising the January Davos gathering remains an important space to discuss business relating to the world we want to see.

This January, political, business and cultural leaders – sprinkled with a few celebrities – made the annual journey to the World Economic Forum. In an exclusive part of Switzerland, the meeting, themed around the fourth industrial revolution, brought together global politics and experts from global industries and ecology. A few religious leaders were also part of the exclusive group, their role being to help set a moral compass for the rich and powerful – one that puts people before profit!

Sadly, the headlines remain as shocking as last year. An Oxfam International report cites global inequality appears worse than ever, globally we have a ‘broken’ economy, with hundreds of millions of people living in extreme poverty, and huge rewards going to those at the very top. In 2018, the 26 richest individuals owned as much as the poorest half of the entire world’s population. Another concerning fact was the announcement from the Met Office, NASA and NOAA, who jointly confirmed 2018 was the warmest year on record, and nine of the 10 warmest years have been in this century.

This flags up an environmental crisis that threatens the future of humanity as we know it. This, together with war and tensions, fuelled in many places by religious and political extremism, has contributed to a refugee crisis not seen in Europe since the Second World War. It’s hard not be discouraged by such big statistics so, as people of faith, just how and where do we find hope and words of comfort?

Rev Margot Hodson reminds me, in Luke 4:14-30 NIV, where we read an account of a sermon given by Jesus and, looking at it today, His words seem both relevant and challenging. Jesus had returned to His hometown after a major speaking tour and, on the Sabbath, went to worship in His local synagogue. There, Jesus was asked to read one of the lessons:

“The Spirit of the Lord is upon Me,

because He has anointed Me

to bring good news to the poor.

He has sent Me to proclaim release to the captives

and recovery of sight to the blind,

to let the oppressed go free,

to proclaim the year of the Lord’s favour.”

He read this passage from Isaiah, but added explanation as He went along. When He had finished, He sat down to teach. Jesus begins with the provocative words: “Today, this Scripture has been fulfilled in your hearing.” Clearly this led to a discussion, but then Jesus continues the provocation by saying He was called to respond to the challenges of poverty, illness, captivity and injustice, reminding the people that God’s concern to heal the sick and feed the hungry was not just mandate for His own people, but for everyone throughout the world. It was this outward looking statement that ultimately caused Jesus to be rejected.

Climate change is not just about loss of homes or livelihood, it’s also an issue of justice, with the effects already being felt by our brothers and sisters around the world, particularly in the poorest communities. So, how do we respond to our global contemporary challenges? What happens when we place these words of Jesus in the problems we face in our world today? Well, the good news is the Church worldwide is responding to the many new challenges as well as older ones. On environmental issues, we can point to the Pope’s Encyclical. Laudato Si’ especially encouraged a response to climate change. We also have the ‘Eco Church’ initiative led by Christian organisation, A Rocha, with the support of Christian Aid and Tearfund, both seeking to make a holistic response to the inter-related issues linking the environmental crisis, human poverty and injustice.

Or maybe you are moved by the millions of people forced from home, but still living in their own country. Seeking safety, but unwilling or unable to leave, they are denied the official protection given to refugees. The reasons for their displacement are many: conflict, flooding, drought, fear. Torn from their homes, their families and their communities, displaced people are among the most vulnerable to poverty and exploitation in the world. Organisations like Christian Aid believe all people should be protected from harm and have a chance to rebuild their lives. If you want to help, visit https://www.christianaid.org.uk/campaigns/uprooted-overlooked.

Like those neighbours of Jesus, we can approve and support the many worthwhile initiatives that are planned and are happening. But, like those neighbours, we want to go to our homes feeling that we are putting the world to rights, and there are some good people around who are doing it. Jesus will not leave us to go our way quietly. His words echo down through the centuries to us. If we want to see a different world, then we have to act differently.

It’s time to match our prayers with actions. 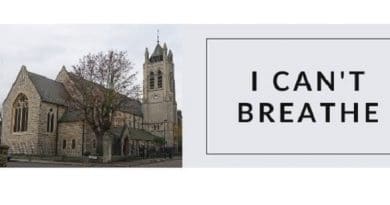 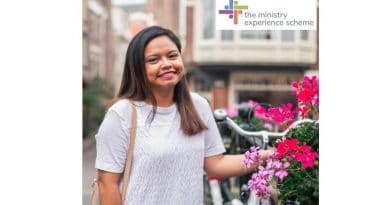