Undergoing female genital cutting, aged nine; fleeing her family home to escape a forced marriage when she was 12, and living her teenage years in a refuge, with little contact with her siblings, are just some of the situations with which Josephine Rotiken has had to cope.

But now, aged 25 and a lawyer, she says she thanks God for the protection and chances she has had, and is dedicating her life’s work to the mission statement written on the wall of the safehouse where she grew up:

‘To have a society that embraces equal opportunities for boys and girls, free from FGM and forced early marriage, to pursue their goals and to realise their unique and God-given potential.’

Josephine has achieved much for a girl born into a Maasai pastoral community, where many girls receive little or no schooling. She was only sent to school to protect her brother on the two-hour walk through the forest from their village to the closest primary school.

Her record was exemplary – she rarely missed a day, despite rising at 4am and “running all the way”. She was the first ever girl to top the local education zone in the final primary national examinations, and was offered a place at one of the best secondary schools in Kenya.

But her father couldn’t afford fees for all his seven children, and the boys’ education was considered a priority. Added to this, the dowry custom is for the bridegroom to pay the father a quantity of livestock and money. Josephine’s bride price was needed to fund her brothers’ schooling.

And this is how Josephine learned she was to marry a man three times her age.

Josephine had already undergone type two FGM, which involves the removal of all the external parts of the genitals.

“I’d rather die than go through the pain again. You can’t even scream; you have to show that you are brave. I couldn’t understand the disadvantages of cutting when I was nine. I knew it was our culture and a matter of pride for my family. I was scared but I had no alternative.”

But having to give up her dream of a university education to become a wife was “heartbreaking”. “I prayed and prayed for something to change.”

Although her mother supported her daughter’s wish for further education and a better life than her own, she couldn’t afford the fees, which can cost up to £400 a term – more than half the average annual wage in Kenya. But she did help her contact a safe house, so she could leave before the ceremony.

“My father had already consumed the dowry. (My escape) was all arranged in secret and kept from him. It was only on the day I actually left that he was told ‘Josephine is gone’.”

It was many years before Josephine saw her family again. She says it was hard to be away from them, not knowing how they were faring, and whether her father would ever forgive her…or her mother, who had been beaten and chased away from the village for her part in Josephine’s departure.

But she says growing up at Mission with a Vision’s safehouse (MWV), she has “a hundred sisters”, and Josephine and Patrick Ngigi, the couple who have dedicated their lives to ending FGM and early marriage, “are like parents to me.”

Patrick became involved in rescuing girls when, as a head teacher, he became concerned about the number of teenage girls ‘disappearing’ from education.

After some years, he and his wife decided to give up their careers to run MWV full time. Over the past 21 years, they have helped rescue thousands of girls.

MWV also takes responsibility for the girls’ schooling through a sponsorship scheme; offers a reconciliation service working with community elders, so girls can keep in contact with their families if possible, and organises advocacy work.

“I am proud of much of our cultural heritage, but I preach that FGM is wrong. We want girls – and their families – to realise they have a choice. While a dowry can earn the family some livestock, if you educate your daughters they can go on to have good jobs and be valuable to their families in that way.

“The outlawing of FGM in 2011 was important, but what is really needed is more outreach work at grassroots level. Josephine is a great example of what a girl can achieve, and we are particularly proud that she wants to help educate others.”

Josephine wants to use her story to tell other girls that FGM is harmful, and an education is their right. Recently she has been working at Dadaab, the largest refugee camp in the world, close to the border with Somalia.

“I’ve been going to schools, groups, meetings to tell my story: look at where I started, but now I’ve got my certificate to practise the law in Kenya.

“I want to concentrate on the links between a lack of schooling and poverty. Nationally, about a quarter of girls are married before turning 18 in Kenya, but those living in poor, rural areas are twice as likely to be married under 18.”

Since partnering with the UK building charity, Mission Direct, in 2013, MWV has been aiming to become self-sustainable for food by 2020 with a five-acre farm project.

“As an organisation funded entirely by donations, self-sustenance will help secure our continuity. We came up with several income-generating projects that will not only provide food for the girls at the safehouse, but also generate money to support important operations at the centre.”

There are also plans to build a sewing centre. The objectives are to provide an income through contracts, and to offer training and employment opportunities to local people.

“We support more than a hundred local children in an effort to provide schooling to the rural poor, because educated parents are far less likely to subject daughters to genital cutting or use childhood marriage to settle debts through the dowry system.”

“On meeting Josephine and Patrick, whilst working in the Maasai community, it was clear that their vision was going to impact the issue of FGM and forced marriage in Kenya and, as a charity with a heart for the vulnerable, we wanted to help. We’ve partnered with them for many years now, helping to build the farm infrastructure to provide income for the project, as well as building extra safehouse accommodation to enable more girls to be rescued.”

For more information about MWV, visit their website at: www.missionwithavision.net.

If you would be interested in joining a building project in Kenya, contact Mission Direct at: www.missiondirect.org/kenya.

Thus Sayeth The Lord: Prophecy and the Prophetic Gift by David Forster

Singleness and Christmas by Esther Kuku 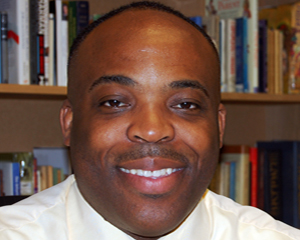 Note to fathers: Your child needs you